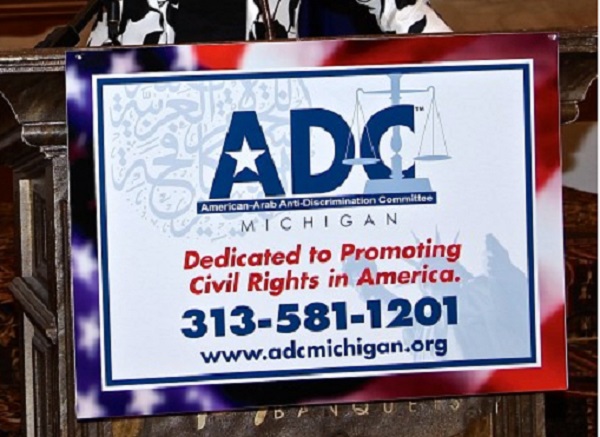 DEARBORN — The American-Arab Anti-Discrimination Committee (ADC) was established in 1980 by former Senator James George Abourezk (D-SD) in response to the growing tide of anti-Arab rhetoric in the United States.

Since then, those tides have increased, with the impact felt strongest in Dearborn, home to the U.S.’s most concentrated Arab and Muslim population. The organization’s Michigan office, located in Dearborn, has long been a local icon in grassroots Arab and Muslim advocacy. Since November 2013, Fatina Abdrabboh has led ADC-MI, stepping in after her predecessor, Imad Hamad, retired as director after 17 years due to sexual harassment allegations.

Late last year, Abdrabboh, an attorney, wrote an open letter to the national office leadership, voicing concerns from community members in Michigan. It addressed the ADC national office “lacking transparency”, being “disconnected from its grassroots” and being “unwilling to rectify and address historic and ongoing grievances in the area of mistreatment and exclusion of women.”
She said that when the changes did not occur, she resigned. However, the organization prides itself on the representative structure of its board.
“We are the only Arab American organization with a board elected by its membership,” said ADC national President Samer Khalaf.
He added that, as a nonprofit, “all our documents are open to the public.” Khalaf, who assumed office in late 2013, also said it’s business as usual for the ADC, which is relocating its Dearborn offices.
As of February 6, ADC Michigan is no longer located at 930 Mason Street, Suite 101; and as of March 1, the office will be located at 17000 Executive Plaza Drive.
“We are transitioning and we aren’t closed,” Khalaf said, adding that the organization is and has been continuing to take calls and handle cases.
He also said the national office is busier than ever in these trying times. While the Michigan office’s website has been taken down during the transition, the office’s phone number still remains in operation. However, calls are redirected to the national headquarters’ legal office, where a team of volunteer attorneys takes on local concerns and cases.
In the process of moving offices, ADC will also be announcing a new executive director to preside over the Michigan office. The new director will then decide where to take the direction of the new office.
There is speculation by members and organizers in the community, as well as partners with the regional ADC office, that local attorney Hatim “Tim” Attalla will be appointed as the new ADC Michigan director.
However, the national ADC office held off on making any confirmations or statements regarding the new appointee before an official statement is to be released sometime next week.
Attalla, who is currently the director of corporate affairs for Wayne County, announced his resignation on Feb. 22 in a post on his Facebook page. He said “Now, it’s time to move on to a new chapter. Stay tuned!”
By: Julia Kassem