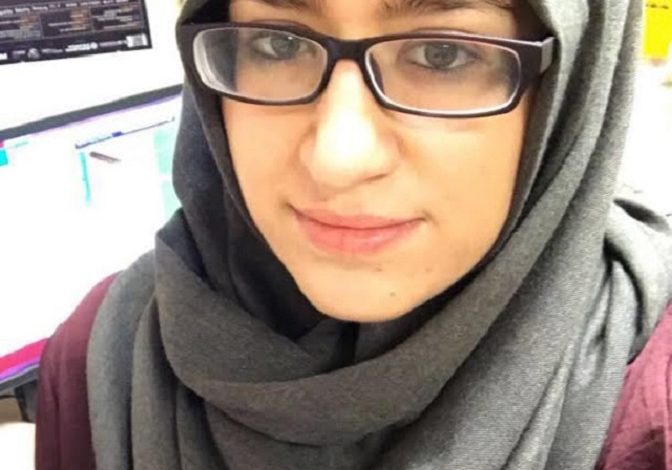 DEARBORN — On Saturday, Feb. 25, Lebanese American graphic designer and illustrator Aya Krisht will deliver a talk called “Design in Comics” from 2:30 to 3:30 p.m. at the Arab American National Museum, where she works as the media designer.

Krisht told The AANews that she has been fascinated by art and storytelling from a young age, so that interest drove her to a creative field.
“My creative sensibilities led me to pursuing graphic design as a career,” she said.
She graduated from the American University of Beirut with a B.F.A in graphic design. There, she explored the relationship between her major and comics for her senior thesis.
“As I progressed in my design education and also became more interested in comics, I began to notice how basic elements of graphic design play a prominent role in how comics come together,” she said.
“Design in Comics” covers the same topic as her thesis. She said she found comics to be a communicative medium.
“I love that comics is such a versatile and expressive medium and that it provides such a unique ground for working with design and getting creative, and transforming art and story into a unified language,” she said.
As the media designer at theAANM, Krisht manages all of the museum’s print and digital visual applications, events and projects. She said she enjoys the diverse projects she works on there.
Not only does she get to work on creative and cultural projects, Krisht gets to promote and work on events related to comics, such as her talk. She’s also a panel moderator for a one day comics convention that the AANM holds called Comique Con.
She added that she’s happy to have her “work reach a wider audience.”
Krisht plans to advance her creative work outside her job and not limit it to just design but also comics, illustration and printmaking.
She encourages graphic designers not to restrict themselves and to be inspired by everything around them, because design exists all over the world.
“Design is all around us, is derived from the world around us and influences the world around us,” she said. “Immerse yourself in your natural and cultural surroundings and take inspiration everywhere; be detail-oriented; don’t settle into a creative comfort zone and always push your boundaries.”
As for her event this Saturday, Krisht said she will put graphic design in the forefront and highlight its significant role in comics, as it usually goes unrecognized.
“The talk will look at how different design elements such as color, composition, typography and more all come into play within comics and work together to convey mood, meaning and message to tell a story,” she said.
The event is free with RSVP. To learn more, visit: www.accesscommunity.org/ events/design-comics-talkaya-krisht.
By Zahraa Farhat