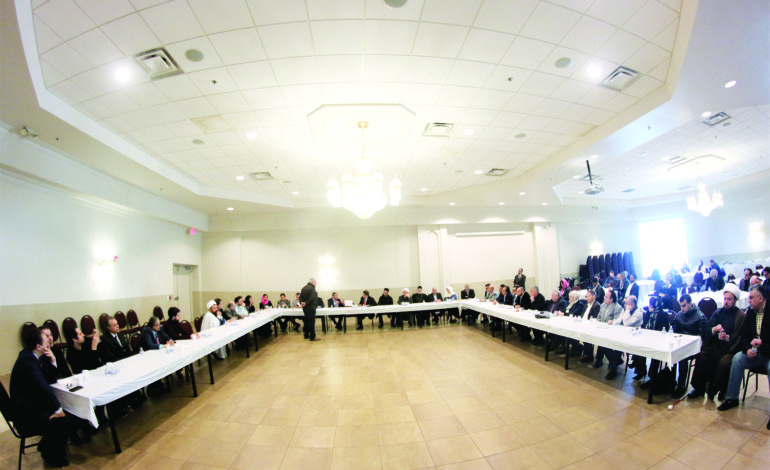 Peters, a Democrat, met with a roomful of community activists and rights group leaders at the Islamic Center of America in a round-table discussion. They raised matters of healthcare and education reform, and especially addressed strategies and efforts by locals and lawmakers alike, to place pressure on legislators and mitigate the travel ban’s full force.

U.S. Rep. Debbie Dingell (D-Dearborn) and State Rep. Abdullah Hammoud (D-Dearborn) participated in the discussion and reaffirmed their commitment to fighting for the immigrants they represent in their respective legislatures.

On Wednesday, the Trump administration announced a new directive, likely to be executed in the coming days. The expected blow will make it harder for opponents to challenge the ban, which will exclude legal permanent residents.

After imams, attorneys and city officials voiced their concerns and posed questions to Peters, he applauded the community’s distinct advocacy efforts and promised to work with together with them in subsequent months. Attendees at the Islamic Center of America

The senator recounted his push against discriminatory measures at recent sessions in the Senate and stressed the importance of educating legislators and their constituents about the facts regarding immigrants and refugees.

“The most difficult way to come to the United States of America is to come as a refugee,” he said, providing a simplified breakdown of the refugee admission process.

He told the stories of families who’d fled devastation in their homelands after undergoing screening for two years by the U.S., only to be detained upon arrival because the immigration order was executed while they were in the air.

“That’s why this travel ban is so outrageous,” Peters said, to a resounding applause of approval. “That’s not who we are. We expect that from other countries. Not in this country; this is a country where the rule is law.”

Rep. Dingell, who wore a head covering, took a moment to assert her attempts at standing for the Arab American community in Congress and said her office is helping protect and advise worried residents on what actions to take for their families.

“We are going to fight this travel ban tooth and nail,” she said. “We’ll fight in the courts, we’ll fight it in Congress.”