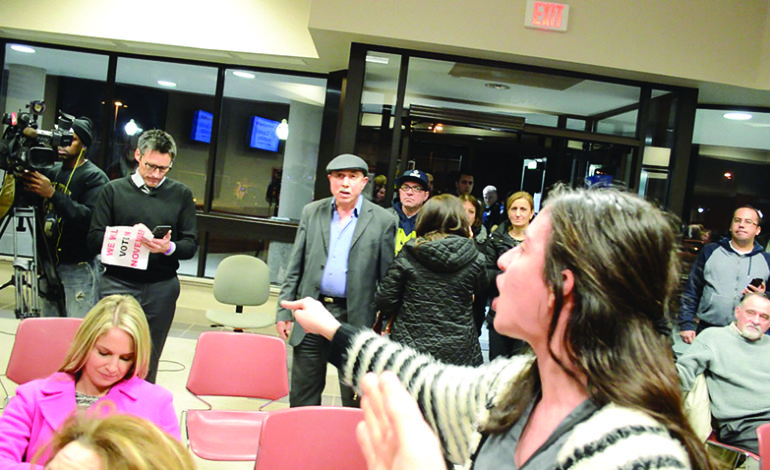 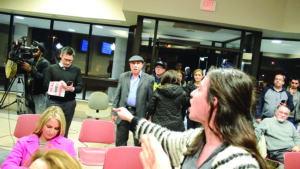 At the nation’s heart is a civil rights struggle that refuses to die. It manifests among varying communities at different times, yet conjures the distinct tones of ignorance and fear that has set the American story apart.

While that story regrettably holds true in defining Arab and Muslim American experiences, we can be proud of the brilliantly devised Constitution and governmental structure that support “We the People.”

Unwitting discrimination and systemic bigotry alike were dealt another blow last week when the Sterling Heights City Council allowed construction of an Islamic community center, ending a more than year-long discord among residents and city officials.

In September 2015, the Planning Commission rejected the project, leading the Islamic group to sue the city for discrimination.

Subsequent events exposed anti-mosque protectors’ ugly side, as they spat on and roughed up Muslim activists.

The settlement comes as a victory for local Muslims, but amid somber political rhetoric, it more significantly proves our justice system has come a long way since the dawn of the civil rights movement.

Around the same time, some city officials opposed to the mosque wanted its developers investigated for possible ties to terrorism.

When the Department of Justice filed its own lawsuit against the city last fall, settling became an attractive option. Yet, when opponents voiced unwavering concerns at the Feb. 21 City Council meeting about increased traffic and noise that the center would supposedly create, their true intentions became clear.

One resident claimed that people would “march on the streets and hit themselves with chains and sharp objects” during Ashura, a Shi’a Muslim month of mourning. Others alleged the Islamic group was financed by terrorists who espouse an ideology of “death to America.”

The audience’s applause and cheers approving those false arguments were in fact confessions that their objections to the Islamic center had always been rooted in hatred.

Since the mosque was proposed, Iraqi Christians, who reside in considerable numbers in Sterling Heights, spearheaded the protests and constantly raised concerns about Muslims during the Planning Commission and City Council meetings.

Displeased, an entirely Chaldean crowd outside the council chamber on Feb. 21 preached their disdain for Islam’s prophet and told The AANews their community fled a genocide in Iraq. They’d found a “safe haven” in Sterling Heights and felt that persecution was following them.

While innocent ignorance is excusable, there’s no justification for degrading crucial relationships among communities who endure similar anti-Arab sentiments.

Iraqis, regardless of religion or creed, remain under harsh scrutiny by the Trump administration, as made evident by the travel ban.

Along with the millions who have sought refuge on our shores and bowed in respect as Lady Liberty welcomed them, Muslims and Christians from the Arab World left their families, belongings
and homes in search of more prosperous futures.

Today, sectarian rivalry in that world persists, but ISIS wins in oppression and torture.The extremist group claims to adhere to true and hard-line Islam, while enslaving and executing Muslims — Shi’a and Sunni alike — along with Kurds, Christians and any others whom the fanatics deem as apostates.

In the fretful moment of a mother forced to evacuate her home, religion and ethnic origin are irrelevant — just as they were when past generations shared a ship or plane en route to the American Dream.

Yet, their fates unite them.

On Feb. 21, attendees reacted to the City Council’s decision to settle with resentful tears and bombastic wailing. Tempers flared to such a degree that they were forced to watch the meeting’s remainder on a TV screen in the lobby.

As resistance is sometimes intimidating, The AANews commends U.S. Attorney Barbara McQuade, who grew up in Sterling Heights, for ensuring Michigan remains welcoming.

While Mayor Taylor still denies that the Planning Commission discriminated in denying the project, we also applaud the Council for unanimously approving a resolution to settle the lawsuit and honor the First Amendment.

A legal negotiation is but a small step towards an end to our civil rights struggle.

Civil rights movement champion and writer James Baldwin was certain that “ignorance, allied with power, is the most ferocious enemy justice can have.”

The settlement comes as a victory for local Muslim Americans, but amid somber political rhetoric, it more significantly proves our justice system has come a long way since Baldwin’s time.

It is an assurance that Lady Justice and Lady Liberty are intent on singing the same tune.