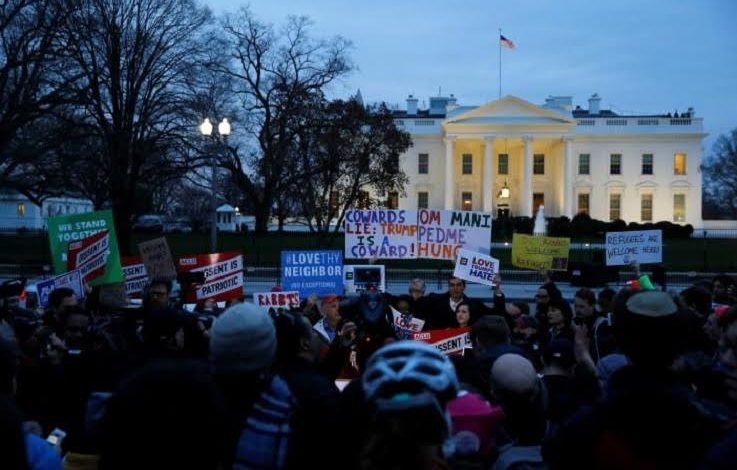 WASHINGTON D.C. — Several states said on Thursday they would move forward with legal challenges to a revised executive order signed by President Trump this week that temporarily bars the admission of refugees and some travelers from a group of Muslim-majority countries.

The opposition comes on top of a separate legal challenge to the new ban brought by Hawaii. It is the first state to file a new lawsuit following Trump’s signing of the revised travel ban, which takes effect March 16.

In a 40-page request, lawmakers addressed numerous claims regarding the discriminatory nature of the order as well as the potential damage to the Hawaiian economy.

An imam belonging to the MuslimAssociation of Hawaii, and a decade-long resident, said he was distraught about not being able to have his Syrian mother-in-law visit; she doesn’t have a visa that would permit her to enter the United States.

The states and immigration advocates argue the new ban, like the original one, discriminates against Muslims.

The first order was hit by more than two dozen lawsuits, including a challenge brought by Washington state and joined by Minnesota.

That ruling was upheld by an appeals court in San Francisco.

Washington state Attorney General Robert Ferguson said on Thursday he planned to ask Robart to confirm that his ruling would also apply to Trump’s revised order, which would halt it from being implemented.

Ferguson told a news conference the new order harmed a “smaller group” of individuals, but that would not affect the state’s ability to challenge it in court. He said the burden was on the Trump administration to show that the court ruling from last month did not apply to its new policy.

A U.S. Department of Justice spokeswoman declined to comment on pending litigation. The government has said the president has wide authority to implement immigration policy and that the travel rules are necessary to protect against terrorist attacks.

New York’s attorney general, Eric Schneiderman, said on Thursday he would be joining Washington’s lawsuit against the new ban and the state of Oregon said it would join too.