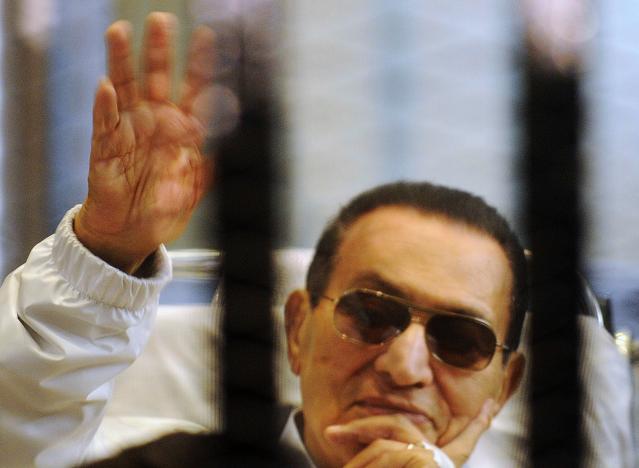 CAIRO ― Hosni Mubarak, who was overthrown as president of Egypt in an uprising in 2011, will be released from detention in a military hospital, the public prosecutor ruled on Monday, his lawyers and judicial sources said.

“He will go to his home in Heliopolis,” Mubarak’s lawyer Farid El Deeb said, adding the ageing former president would likely be released Tuesday or soon after.

Mubarak was cleared of murder charges this month in his final trial, having faced various charges ranging from corruption to ordering the killing of protesters who ended his 30-year-rule.

He had one more jail sentence to serve but was cleared after serving time for the murder charges, judicial sources and the state news agency said.

The prosecution subtracted the time served in the murder case from the time he was meant to serve for a separate case in which he was found guilty of appropriating funds reserved for maintaining presidential palaces.

Mubarak was originally sentenced to life in prison in 2012 for conspiring to murder 239 demonstrators during the 18-day revolt – an uprising that sowed chaos and created a security vacuum but also inspired hope for democracy and social justice.

An appeals court ordered a retrial that culminated in 2014 in the case against Mubarak and his senior officials being dropped. An appeal by the public prosecution led to a final retrial by the Court of Cassation, the highest in the country, which acquitted him on March 2.