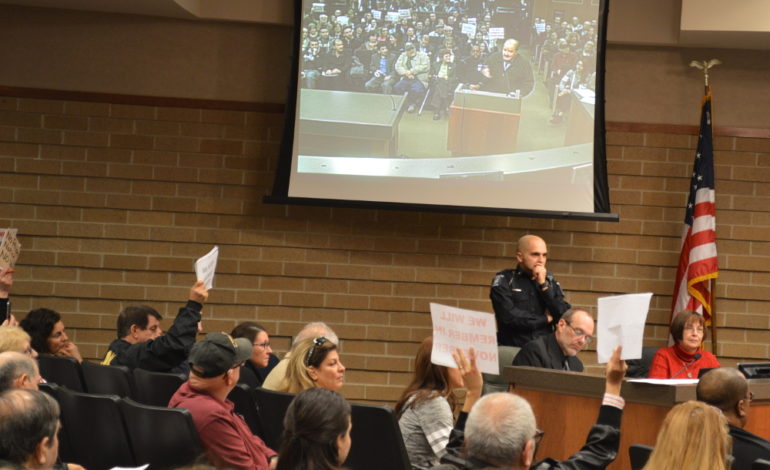 STERLING HEIGHTS ― The city was thought to have put an end to contentious legal battles after it resolved to settle a lawsuit to allow the building of an Islamic center a few weeks ago.

At its heavily attended council meeting on Feb. 21, attendees reacted to the City Council’s decision to settle Justice Department lawsuit with resentful tears and bombastic wailing. Tempers flared to such a degree that they were forced to watch the meeting’s remainder on a TV screen in the lobby.

Mainly Iraqi Christians protested that the city was allowing Muslim terrorists to erect a headquarter in their town, on 15 Mile Road, by dodging further clashes with the government.

However, The American Freedom Law Center (AFLC) is rekindling the battle.

Robert Muise of the AFLC is suing the city on behalf of seven Sterling Heights residents, alleging the city’s zoning ordinances are being violated.

Muise also claims Mayor Michael Taylor violated the open meetings act for throwing out a rowdy audience during the meeting.

The mayor called the lawsuit “frivolous” and the city is expected to respond “vigorously” soon.