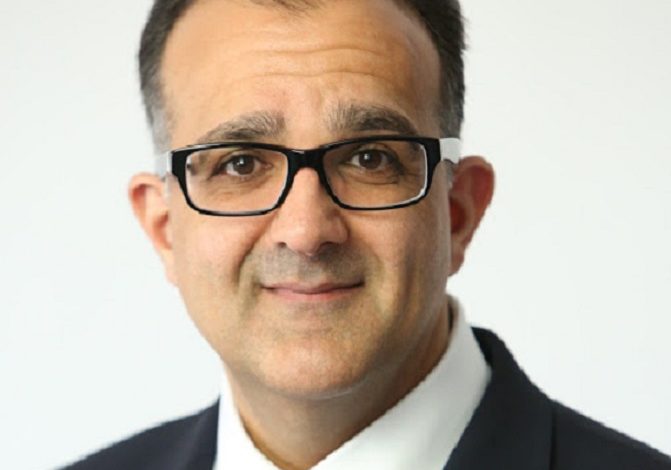 DEARBORN— As Dearborn City Councilman Mike Sareini and his mother left the funeral service for his friend, former Fordson High School principal Imad Fadlallah, at the Islamic Institute of Knowledge on Monday, two men verbally and physically attacked them.

“I want to make it clear that I tried to do everything in my power to get out of that situation out of respect for the Sayed Imad Fadlallah, who was my teacher, my mentor, my personal friend,” Sareini told The AANews. “And I want the family to know that I am introducing a resolution next week on his behalf.”

He explained that the incident should not have happened at the mosque.

“That bothered me the most,” he said. “That’s why I didn’t try to defend myself or escalate the situation.”

Sareini said he knows who the men are and has helped them before, but he does not want to mention their names until they’re charged.

“I’ve helped these people in the past and they were very happy,” he said. “When I couldn’t help them because they had to go through a certain process… they didn’t respect that. They felt that I should be able to do whatever they wanted and it doesn’t work like that. ”

He said he doesn’t bend the rules.

Sareini had noticed the men at the funeral, so he wanted to leave before they could cause any trouble inside the mosque.

He said after services and prayer had concluded, one of the men confronted and pushed him.

“I turned around and said, ‘Are you serious? You’re doing this at a funeral?’” he said.

They told him to “keep walking.”

Sareini said he then found his wife and 66-year-old mother, former longtime Councilwoman Suzanne Sareini, and told them that they had to leave right away.

“I wanted to leave before anything happened,” he said.

The two men were waiting at the front door of the mosque and followed Sareini, his wife and mother to their car.

“They approached the car and my Mom had her window open,” Sareini said, adding that the men threw a water bottle, which hit his mother and himself.

He also said they tried to get to him through the passenger door on her side.

Sareini said his mother tried to dislodge the attackers, but they slammed the door into her, bruising her arm and shoulder. He stepped out of the car, telling his mother to stay inside.

“When I said that, they punched me in the face,” he said.

Sareini noted that Dearborn Police are investigating. He also denied the attackers’ allegation that he’d pulled a gun to them, calling it “100 percent not true.”

“I consented to full search of my body, my car, all my effects in the car to prove that there was no weapon on me at all at any time,” he said. “And I think it’s very disturbing that they go to that length to make up a story that’s not true.”