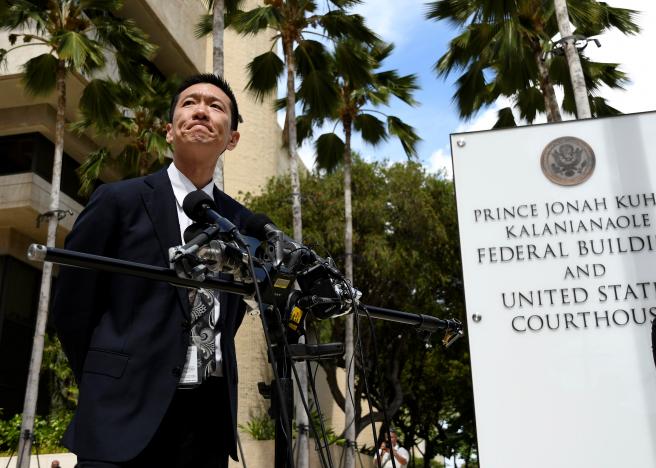 HONOLULU ― A U.S. federal judge in Hawaii dealt another legal blow to President Donald Trump on Wednesday, issuing an emergency halt to his revised travel ban just hours before it was set to go into effect early on Thursday.

U.S. District Judge Derrick Watson put out an emergency stop on Trump’s executive order, which aimed to temporarily bar entry to the United States of most refugees as well as travelers from six Muslim-majority countries.

Watson said the state of Hawaii showed a strong likelihood of success in its claims that the order violates the establishment clause of the U.S. Constitution, which prevents religious discrimination. Critics of the ban argued it was discriminatory against Muslims.

The Republican president has said the policy is critical for national security.

The case was one of several that were moving through U.S. courts on Wednesday brought by states’ attorneys general and immigrant advocacy groups.

White House spokesman Sean Spicer, asked about the judge’s order, did not comment.