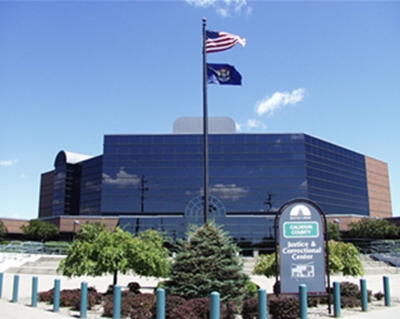 BATTLE CREEK— A man who admitted to killing his girlfriend’s 2-month-old baby almost three years ago was sentenced to 18 to 40 years in prison on Monday.

“It is every parent’s worst nightmare,” Calhoun County Circuit Judge John Hallacy said. “Every parent’s patience gets tried, but what you did is beyond that. You killed a child. I can say those words, but I can never really comprehend what it means to kill a child, a baby, an infant. It is really incomprehensible how someone can do that. It defies explanation.”

Isabella was taken to Bronson Methodist Hospital in Kalamazoo after Hernandez threw her on the floor on June 25, 2014. After six weeks, she was taken off life support.

At first, Hernandez told Battle Creek police that he fell while carrying the child, but then admitted that he threw her to the floor because he was irritated with her crying.

During his plea in January, Hernandez said she wouldn’t stop crying, so he tossed the carrier with the child in it against a wall and let it fall.

“I am sorry for my actions,” he said on Monday. “I am deeply sorry and I would ask for them to find it in their hearts over time to forgive me.”

“I have flashbacks of when my baby was here and of her beautiful face,” Billy Jo Smith, Isabella’s mother, said in a statement read by her sister Nicole Burbank. “I will never know how she would have grown up.”

Smith added that Hernandez should be sentenced to life in prison, but settled on the plea deal because she feared the charges being dropped.

“He hurt an innocent child, a baby, a newborn,” Smith said in a statement. “He didn’t just hurt her, he killed her. She is not ever coming back, ever.”

“He had no intent of causing the death of this child,” McCarthy said. “He just completely lost it. He is asking for the forgiveness of that family.”

“You are going to live with a horrible guilt the rest of your life, as you should,” Judge Hallacy said.  “Whether or not people ever forgive you is up to them. I am not sure I could. I don’t think I could.”