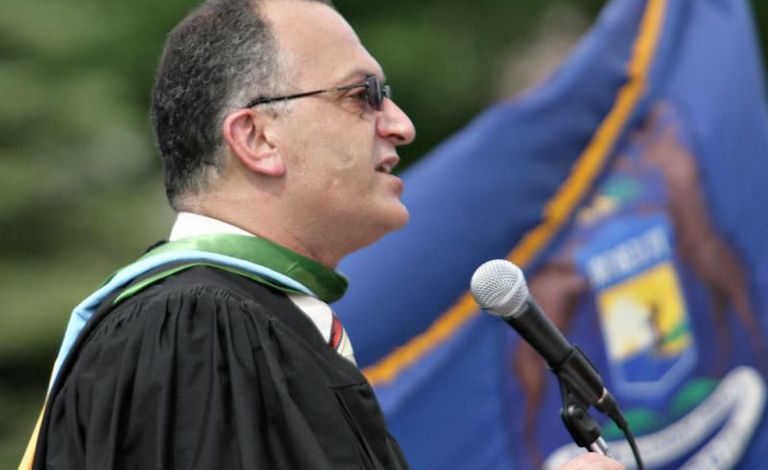 In 1980, the young Fadlallah arrived in the U.S. with little money and a weak command of English. But with a personal story integral to Dearborn’s working class immigrant narrative, he set himself as a role model for his six younger siblings and pursued a career in the field of education.

Ali Jawad, a longtime friend of Fadlallah, recalls his friend’s character as having been longstanding.

Resisting a “temptation of settling for… vocational talents as a mechanic” in a letter to the Dearborn Board of Education, he transcended limits to climb “what seemed like a hundred-mile-high mountain [to] higher education.”

He attained both his bachelor’s and master’s degrees from Eastern Michigan University, where he received his master’s in educational leadership and administration in 1987.

As Fadlallah’s career flourished and he gained prominence as an educational and social figure, Jawad said that his longtime friend remained “the same man with the high principles.”

Prior to his role at Fordson High School, Fadlallah worked as a teacher in the district for five years, then served an additional five years as an assistant principal, then principal, at Stout Middle School.

His pedagogical vision transformed Fordson High School from a struggling school to an educational institution where scholarships were won, scores dramatically improved and numerous low income, immigrant students— like Fadlallah himself had been— pushed themselves to surmount their educational achievements in numerous universities across the state, including prominent Ivy Leagues.

Throughout his nearly three decades of service, Fadlallah, too, continued to face challenges. In 2010, the then newly retired principal faced a lawsuit alleging that he’d discriminated against two former Christian employees at Fordson because of their beliefs.

However, the district fiercely contested and rejected these accusations. The lawsuit lost in the courts.

Suheila Amen, a coordinator of International Admissions and Recruitment at the University of Michigan-Dearborn, recalled how Fadlallah had revered “equality, justice and opportunity” in his empowerment of women like her.

“As a teen, into my early adulthood and throughout my professional and personal life, he played an integral role in shaping me into the woman and leader I am today,” she said. “He was the only male leader in our community who truly empowered women, pushing us past expectations, forcing us into the driver’s seat and placing our hands on the reins.”

“Individuals like Mr. Imad Fadlallah come around once in a lifetime,” he said. “I, like so many, was blessed to have an educator who sacrificed everything for the betterment and progression of his students.”

Fadlallah effortlessly drew together fissures of East and West that complicated Arab immigrant families. With a reverence towards his own culture and an understanding of the demands of navigating the host one, he was able to resolve the conundrum of torn students pulled between two worlds.

One former Fordson student, Fatima, described what she called “one of the greatest mentors [the] community has seen”, in light of his firm stances and steadfast nature. She also said he was “never an authority figure.”

“He really did treat us all like family,” she said. “I cannot even begin to count the number of students whose lives he positively impacted.”

At Fordson’s 2010 graduation speech, Fadlallah drew parallels between an incident from his youth— in which a teacher accused him of stealing a typewriter— and a more contemporary incident involving former students named Ali and Osama, who faced a brief 10-day jail sentence after purchasing three phones from a Radio Shack.

“It was very obvious: I was guilty as charged,” he’d said. “I was guilty of being a young Arab male stealing a typewriter. I still recall how degraded I felt.”

The subsequent incident, 25 years later, could not have felt so imminent.

“Osama and Ali, in my opinion, were definitely guilty,” he said. “Guilty of being two Arab males fitting the profile of the terrorist. What more evidence do you want of somebody walking in flashing the driver’s license with a name like Osama?”

Fadlallah’s civil-rights orientation and willingness to stand up in the face of injustice, while incredibly impactful, was also holistic.

Describing Fadlallah as a “real champion for students” and an ardent defender of public education, former Dearborn School Board President Mary Lane praised his ability to advocate for each individual student as “a gift.”

“Thousands of families have been touched by him,” she said. “He always watched out… for the kids who could be achieving better but weren’t.”

Fadlallah’s high emotional intelligence and a visceral understanding of the needs and challenges faced by each student contributed to his success in changing minds and lives.

Lane recalled how he “brought up people within the system”, from administrators to students, and how he changed the culture at Fordson, disciplining a rowdy environment and reorienting it towards studiousness and civility.

“One of the last things he told me [was] when he got to Fordson, there were very few Fordson grads going to the University of Michigan in Ann Arbor,” she said. “A lot of people were nervous about their sons and daughters leaving and staying in dorms.”

By 2010, more than 120 of Fadlallah’s students had been accepted at the University of Michigan. Nearly 80 attended and many went off to attend Ivy League universities. Many attended under the Brehm Scholarship, which many students said motivated them to attend larger and more prestigious universities.

“He told people that our kids are good enough and we should be going there,” Lane said.

There is little doubt that Fadlallah’s efforts have left an indelible mark among Dearborn’s residents, alumni and colleagues.

Many of those positively impacted by the late educator hope to see his legacy respected and upheld after his death.

“We have to pick up the lessons he taught us and move forward,” Lane said.