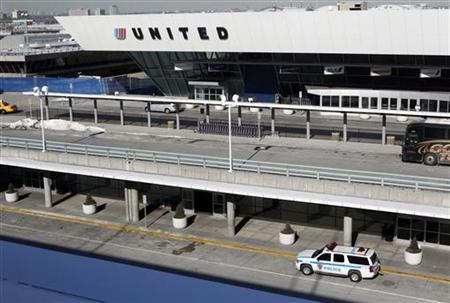 NEW YORK- A Massachusetts man has been indicted on hate crime charges after assaulting a female Muslim employee at New York’s John F. Kennedy International Airport in January, yelling that President Donald Trump “will get rid of all of you,” prosecutors said on Thursday.

Robin Rhodes, 57, of Worcester, attacked Rabeeya Khan, who was wearing a hijab, or head scarf, for no reason other than her religion while she was working at Delta Airlines’ Sky Lounge, Queens District Attorney Richard Brown said in a statement.

“Crimes of hate will never be tolerated in Queens County and when they do, regrettably occur, those responsible will be brought to justice,” Brown said.

A defense attorney for Rhodes did not immediately respond to a request for comment.

Civil rights advocates have sounded the alarm over an apparent rash of hate crimes since Donald Trump was elected president last November.

Trump’s attempt to temporarily ban citizens from several Muslim-majority nations from traveling to the United States, which has been blocked by federal courts, has sparked protests from civil liberties and immigration rights groups across the country.

According to prosecutors, Rhodes, who was waiting for a connecting flight home after arriving from Aruba, approached the door of the office where Khan was working and said: “Are you sleeping? Are you praying? What are you doing?”

He kicked her in the right leg and then blocked her from fleeing, prosecutors said.

When Khan managed to escape the office, Rhodes followed her, got down on his knees and began to bow in imitation of a Muslim praying, prosecutors said.

“Trump is here now,” Rhodes shouted, according to Brown’s statement. “He will get rid of all of you. You can ask Germany, Belgium and France about these kind of people. You will see what happens.”

When police placed him under arrest, Rhodes allegedly said, “I guess I am going to jail for disorderly conduct.”

He faces up to four years in prison if convicted and was released on a $50,000 bond or $30,000 cash bail. Rhodes is expected to return to court in June.