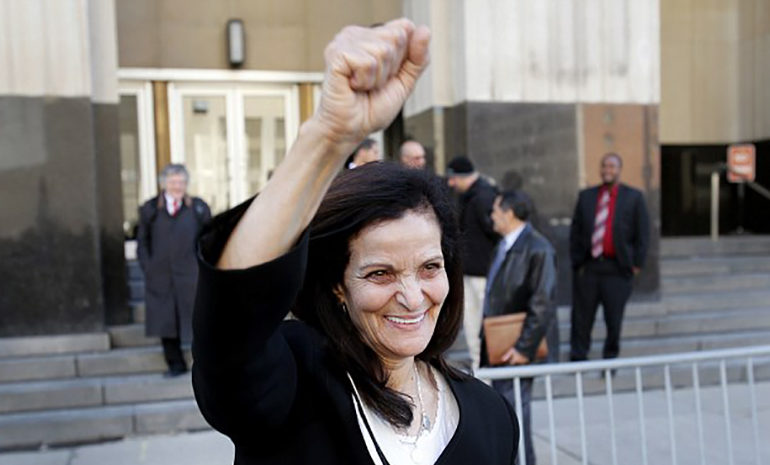 CHICAGO-Rasmea Odeh, a Chicago based former Michigan resident, recently accepted a plea deal with the U.S. Attorney General’s Office, according to Bill Goodman, her local attorney.

The agreement involved Rasmea leaving the country in exchange for no jail time.

“Rasmieh is 69 years old,” Goodman said. “Her trial was grueling and immensely difficult. She had to relive things she would rather not have to relive.”

Odeh was found guilty of lying on her immigration papers for failing to reveal that she was convicted of participating in a 1969 bombing. Raped and tortured in prison, she maintained that the conviction was forced.

In June 2016, supporters celebrated the return of her trial as a landmark for victory in Detroit.

The Sixth Circuit Court had ruled last year that the U.S. District Court in Detroit wrongly omitted a psychological expert’s testimony on the effects of PTSD-a critical element in Odeh’s defense.

Prosecutors and critics slammed Odeh for lying and using false information in order to gain admission and citizenship in the U.S. They used this as a warning against more contemporary terrorists, such as ISIS, from entering the U.S. by lying about their involvement in terrorist activities.

Rasmea’s supporters and defenders assert she is a human rights advocate, dedicating years to help immigrants in her time as an involved member of the Arab American Action Network in Chicago.

According to Goodman, U.S. District Court Judge Gershwin Drain still has to approve the plea agreement. A hearing on the plea is to be expected.

Rasmea’s supporters in Detroit have held rallies outside the Detroit courthouse during her past appearances, such as those in 2014 and 2015.

Hatem Abudayyeh of the Rasmea Defense Committee expects supporters to rally once again during the hearing.