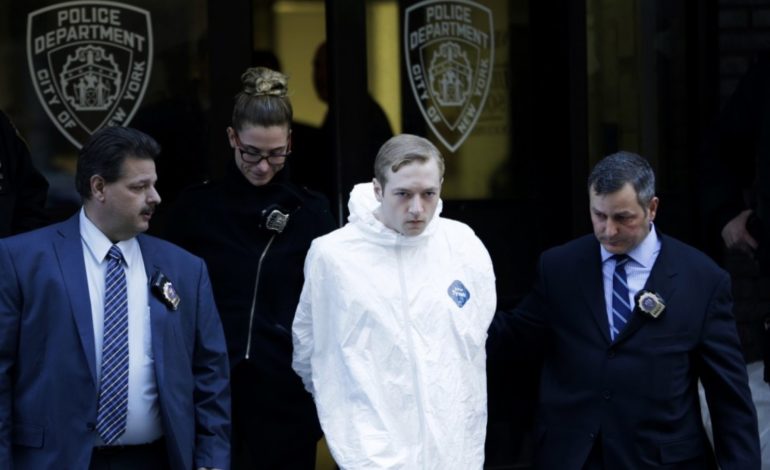 NEW YORK- A white man who police said traveled to New York City to harm black people turned himself in with knives in his pocket at a Manhattan police station on Wednesday, a day after authorities say he fatally stabbed a black man on a city sidewalk.

James Harris Jackson, 28, told police he left his home in Baltimore on Friday and took the bus to New York “because it is the media capital of the world and he wanted to make a statement,” Bill Aubrey, a deputy chief at the New York Police Department, told reporters.

On Monday night, Jackson crossed paths with Timothy Caughman, a black man who was rummaging through garbage on a sidewalk in Manhattan’s Hell’s Kitchen neighborhood, according to police.

A few minutes later, Caughman, 66, staggered into a nearby police station, bleeding from stab wounds to his chest and back. He was taken to a nearby hospital, where he died.

Jackson turned himself in at a police station in Times Square soon after midnight on Wednesday and was arrested for murder, police said. He had seen images circulated by police from surveillance cameras showing him at the scene, dressed in a black coat, his blond hair combed to one side, police said.

“He said that ‘I’m the person that you’re looking for,’ and he had knives in his pocket,” Aubrey told a news conference. “It was revealed that the attack on Timothy Caughman was clearly racially motivated. It is believed that he was specifically intending to target male blacks.”

Jackson served as a specialist in the U.S. Army until 2012, and was deployed in Afghanistan for nearly a year beginning in December 2010, an Army spokeswoman said. He was awarded several medals for his conduct, the spokeswoman said.

Jackson was in police custody awaiting a court appearance and could not be reached for comment.