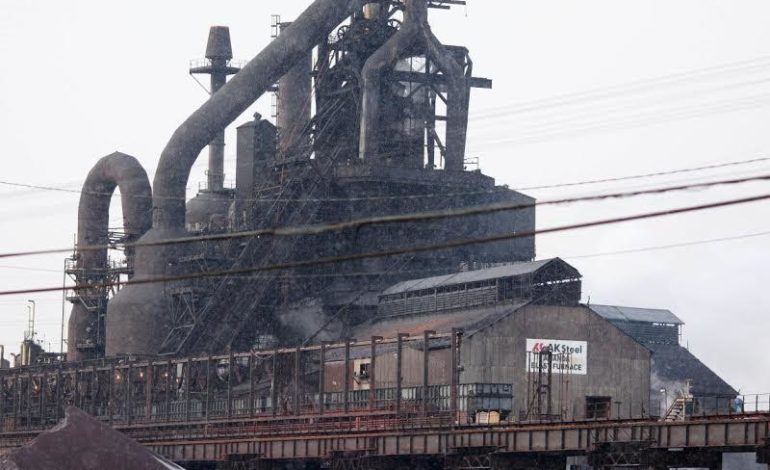 The company, a violator of the Clean Air Act at its Dearborn facility years prior, received further backlash from residents when a temporary penalty failed to institute any structural or lasting reforms for pollution prevention.

The plant, originally the Russian-owned Severstal, had been sold to AK Steel for $700 million in July 2014.

Though the recently bought out plant emitted levels of sulfur dioxide that exceeded federal standards, the Michigan Department of Environmental Quality avoided its responsibility to enforce 2014 standards by abiding by those from 2007.

As health problems, such as asthma and breathing disorders, continued to affect the Southend community, the push to get companies to comply and affected constituents to become more aware pushed on. By 2015, 92 schools in Wayne County were engulfed in a polluted non-attainment zone.

AK Steel’s most recent offense, however, took place last October. The October 14, 2016 violation notice involved the company failing to obtain a slag skimming operation and not testing for particulate matter.

Those bills failed to receive a vote on the House floor, however, having not made it past the second readings.

The steel company and the Michigan Economic Development Corporation (MEDC) are attempting to ease up the process by allowing AK Steel the tax breaks given to Severstal before the acquisition, without legislative approval.

AK Steel seeks up to $60 million in tax breaks by the state, which discontinued the legacy MEGA tax break program in 2010.

Then Detroit Health Director Abdul ElSayed issued a letter to the state legislature calling upon the State House to “amend House Bills 5557 and 5558 to require AK Steel to meet all federal and state environmental regulations as a condition for continuing to receive Michigan Economic Growth Authority (MEGA) tax credits.”

In his letter, he also mentioned that AK Steel was in violation of 17 environmental regulations and contributed to Detroit’s designation as “the epicenter of asthma” by the Michigan Department of Health & Human Services.

Representatives Stephanie Chang (D-Detroit), Abdullah Hammoud (D-Dearborn), Pete Lucido (R-Shelby Township) and Martin Howrylak (R-Troy) all spoke out against the obscurity of the agreements. They cited a lack of transparency, expressed environmental concerns and warned of a bad example being set by encouraging the circumvention of the legislative process should AK Steel follow through with its back door negotiations.

“This backdoor agreement sets a dangerous precedent by allowing a specific company to acquire a tax loophole without going through the legislative process to amend the tax code,” said Rep. Howrylak, adding that “it…awards a brand new MEGA credit to a company that never received one, even though the MEGAprogram no longer exists.”

Rep. Lucido agreed with the need for transparency. “We should be looking at ways to bring as many new job providers to Michigan as possible,” he said. “But we should do so in an open process.”

Chang reiterated that the residents of her district, House District 6, deserve “transparency” and a “public process” that allows them to “engage, ask questions and share concerns, especially when it comes to giving away their taxpayer dollars to a corporation that is one of the known polluters in the area,” she said.

Chang’s district includes that part of Detroit containing the Detroit Incinerator, which produced more than 300 violations of the Clean Air Act in 2015.

AK Steel falls within Hammoud’s district. He finds that the potential negotiations bring about “a very pressing issue.”

Though he recognized some of the strides AK Steel had taken to mitigate emissions in light of the apparent community health impacts, he nonetheless recognized that “residents of Dearborn have real concerns about air quality and the detrimental impact it has on public health and the environment.”

An MEDC spokesman declined to comment on the potential next steps between itself and AK Steel, saying that, despite consideration, there is “no formal proposal.”

The spokesperson, reiterating the agency’s commitment to “transparency”, said the MEDC is awaiting a formal decision to come to its board before issuing comment.