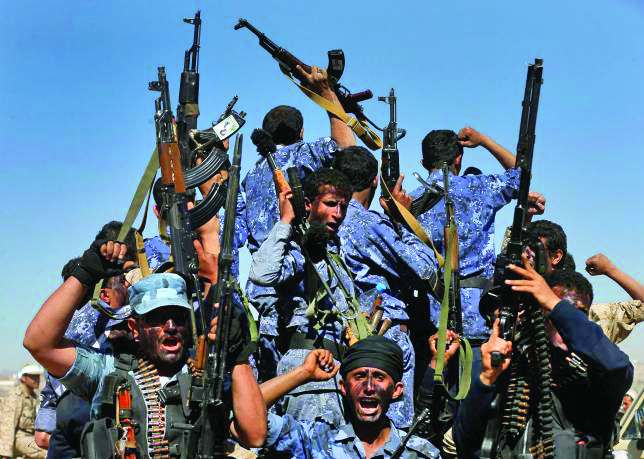 ANKARA — Iran is sending advanced weapons and military advisers to Yemen’s rebel Houthi movement, stepping up support for its ally in a civil war whose outcome could sway the balance of power in the Middle East, regional and Western sources say.

Iran’s enemy Saudi Arabia is leading a coalition fighting the Houthis in the impoverished state on the tip of the Arabian peninsula – part of the same regional power struggle that is fueling the war in Syria.

Sources with knowledge of the military movements, who declined to be identified, said that in recent months Iran has taken a greater role in the two-year-old conflict by stepping up arms supplies and other support.

This mirrors the strategy it has used to support its Lebanese ally Hezbollah in Syria.

“At this meeting, they agreed to increase the amount of help, through training, arms and financial support,” the official said.

Iran rejects accusations from Saudi Arabia that it is giving financial and military support to the Houthis in the struggle for Yemen, blaming the deepening crisis on Riyadh.

But Iran’s actions in Yemen seem to reflect the growing influence of hardliners in Tehran, keen to preempt a tougher policy toward Iran signaled by President Trump.