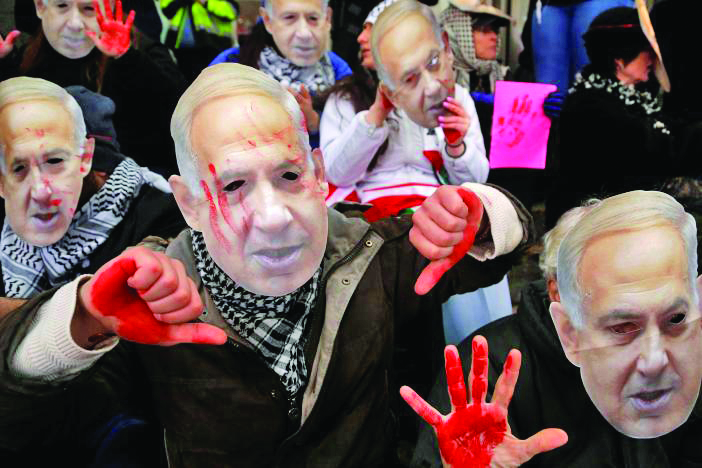 JERUSALEM — A law barring foreigners from entering Israel if they back boycotts against the country is causing alarm among liberal American Jews and others who perceive an attempt to suppress critical political opinion.

Prime Minister Benjamin Netanyahu’s right-wing government has long campaigned against the Palestinian-led Boycott, Divestment and Sanctions (BDS) movement, describing it as anti-Semitic and an attempt to erase Israel’s legitimacy.

The movement, launched in 2005 as a non-violent campaign to press Israel to heed international law and end its occupation of territory Palestinians seek for a state, has gathered momentum in recent years even if its economic impact remains negligible.

On March 6, Israel’s parliament passed legislation saying any individuals or representatives of groups supporting BDS-type boycotts – excluding Israeli citizens and permanent residents – would be barred from the country. Before the law was published and took effect on March 14, some foreigners were denied entry, including a British activist from the Palestine Solidarity Campaign.

This week, Public Security Minister Gilad Erdan went further, calling for a database of any Israelis involved with BDS, including tracking their activity on social media.

“I was horrified by the ban because it seemed to announce that people would be excluded from Israel because of political views,” said Rabbi Arthur Green, a well-known scholar of Jewish mysticism at Hebrew College in Boston, who visits Israel regularly.

“I feel it emboldens extremists on both sides.” Green and other prominent Jews abroad published an open letter in the Israeli press last week denouncing the ban and challenging the government to arrest them when they arrive.

Others see the legislation as an attack on free speech and question what it says about the right-wing government’s openness to criticism. Internally, Israel tolerates a large diversity of opinion, but commentators say it appears not to accept it so readily from the outside.