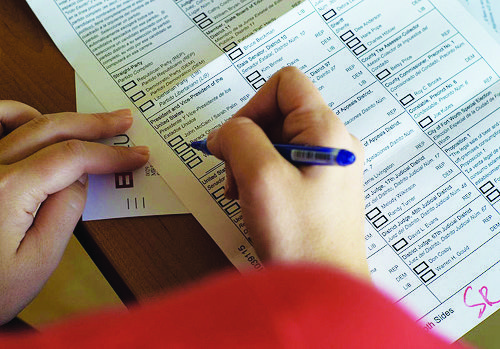 DEARBORN — As the national spotlight on the city intensifies, so have the races for local public office.

Last year’s election campaigns to replace a Dearborn district court judge and state representative developed into an invigorated engagement among residents, especially as Arab Americans threw their hats in the ring.

This year, the mayor’s office, the City’s Clerk’s office and all seven City Council seats will be up for grabs. At press time, 22 residents have already officially expressed interest in running for these seats; 10 of them are of Arab descent.

A half dozen individuals, including local officials and entrepreneurs, are hoping to replace incumbent Mayor Jack O’Reilly, who’s expected to seek reelection.

O’Reilly, the son of the late Mayor John O’Reilly, Sr., became mayor pro-term in December 2006, following the death of former Mayor Michael Guido. He was elected to a partial term in a special election in 2007 and re-elected to a full term in 2009 and again in 2013. He’d previously been City Council president for 17 years, starting in 1989.

The senior O’Reilly was mayor from 1978-1985. He’d previously been the city’s police chief.

At press time, Mayor O’Reilly had only pulled a petition to gather the required 200 signatures to be filed at the city clerk’s office; he has not yet filed it.

So far, only Fakhoury and Tafelski have filed their petitions.

Candidates interested in filling the position of city clerk, none of whom have filed petitions yet, include former State Rep. George Darany (D-Dearborn), whose term ended early this year, and residents Nofila Haidar, Fatmeh Saad and John Joseph Schimizzi.

The filing deadline is April 25.