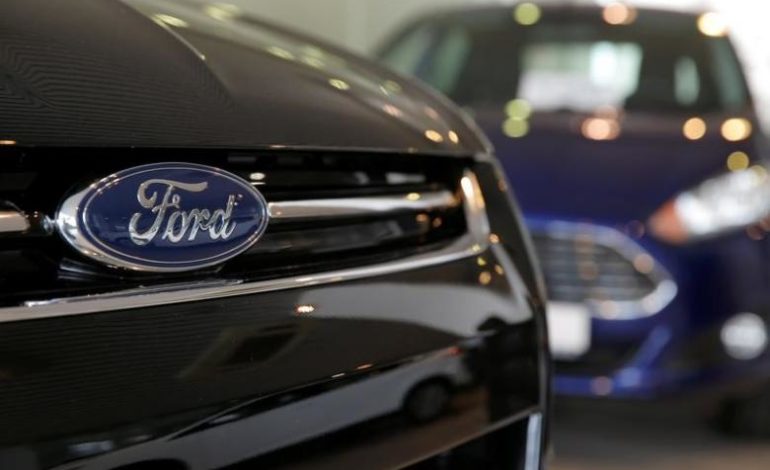 DETROIT- Ford Motor Co. said on Thursday it expects lower earnings per share in the first quarter and lower pretax profit in 2017 due to higher spending on commodities, warranties and investments and a drop in sales volumes especially fleet sales.

Ford shares were down nearly 1 percent at $11.66 in late morning trading after the announcement, which preceded an investor presentation by the company’s chief financial officer, Bob Shanks.

The presentation comes as the U.S. auto industry continues to see cars lose market share to trucks and SUVs, as low fuel prices have encouraged consumers to opt for larger vehicles that have become more fuel efficient in recent years.

After a strong run in sales since emerging from the Great Recession earlier this decade, investors are watching to see whether the current boom cycle is losing steam.

“We believe Ford’s announcement today is the initial confirmation of our investment thesis that pricing is deteriorating in North America and in select international markets, particularly China,” Buckingham Research Group analyst Joseph Amaturo wrote in a client note.

CFO Shanks said despite the expected dip in industry sales, “we’re very comfortable that our overall business will improve.”

Ford said it expects to earn between 30 cents and 35 cents per share in the first quarter.

The company said its pretax profit forecast for 2017 was unchanged at $9 billion, against $10.4 billion in 2016, “driven by our planned investments in emerging opportunities, and to improve in 2018.”

The company also maintained its forecast for a pretax profit of about $1.5 billion for Ford Credit, its financial services arm, in 2017 and said that profit would improve in 2018.