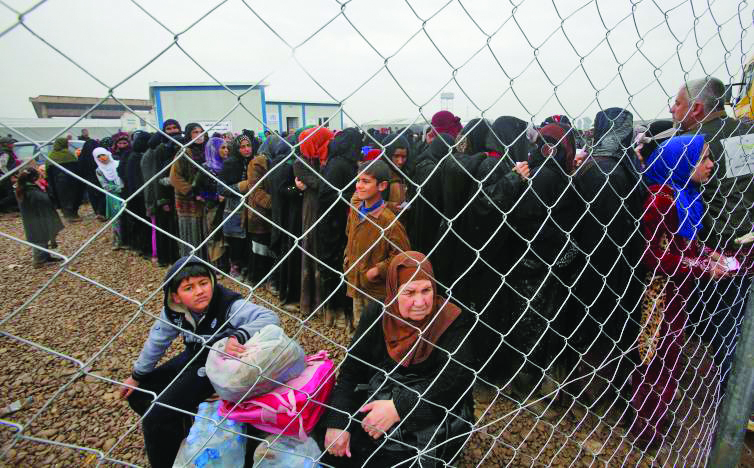 MOSUL — About 400,000 Iraqi civilians are trapped in the ISIS-held Old City of western Mosul, short of food and basic needs, as the battle between the militants and government forces rages around them, the United Nations refugee agency said on Thursday.

Many fear fleeing because of ISIS snipers and landmines.

But 157,000 have reached a reception and transit center outside Mosul since the government offensive on the city’s west side began a month ago, said Bruno Geddo, the U.N. High Commissioner for Refugees (UNHCR) representative in Iraq.

“The worst is yet to come. Because 400,000 people trapped in the Old City in that situation of panic and penury may inevitably lead to the cork-popping somewhere, sometime, presenting us with a fresh outflow of large-scale proportions,” he said.

Fighting in the past week has focused on the Old City, with government forces reaching as close as 500 meters to the al-Nuri Mosque, from where ISIS leader Abu Bakr al-Baghdadi declared a caliphate spanning parts of Iraq and Syria in July 2014.

The hardline militants are now on the back foot, with their stronghold in Syria also under attack. But they still hold an estimated 40 percent of western Mosul and the campaign to recapture it could yet take weeks.

Waleed, a displaced man from a district on the edge of the Old City, joined other mud-splattered families being loaded on to trucks for transport to camps.

“Everyone is hungry, there is no food and people are starving. We left last night when the army opened a way for us,” he told Reuters.