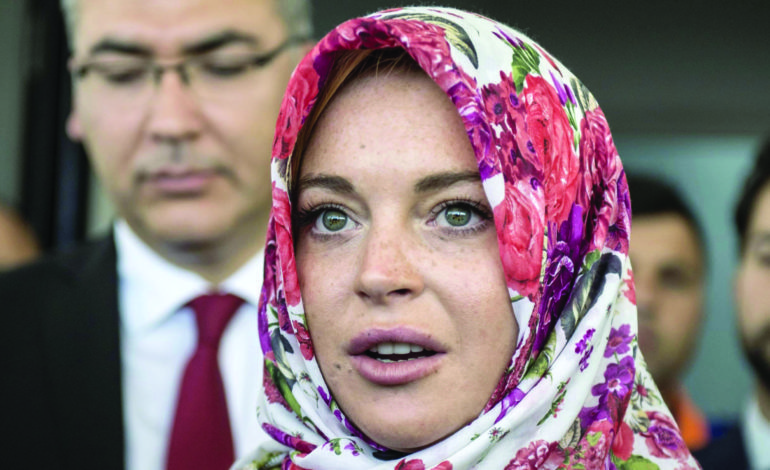 When Terry Holdbrooks Jr., converted to Islam in 2003, he was inundated with death threats and labeled a “race traitor.”

If a religious conversion ever deserves to be admired, Holdbrooks’ conversion does; not because Islam has “won” yet another convert, but because the new convert was assigned the very rule of subjugating his Muslim prisoners.

The Muslim prisoners in Guantanamo, held for years and tortured without due process and in violation of the most basic tenants of human rights and international law, mostly subsisted on faith.

I had the pleasure of meeting one of the freed prisoners in 2013 during a brief stay in Qatar. Torture had partially impaired his mental faculty, yet when he led a group of men in prayer, he recited verses from the Quran in impeccable language and melodic harmony.

The faith of these prisoners had awakened something in Holdbrooks, who has toured the country dressed in traditional Muslim garb, conveying to audiences the “truth about Gitmo.”

Of course, this is not about Islam as a religion, but the power of faith to cross fences and prison bars and unite people around ideas that are vastly more complex and meaningful than that of military domination.

Despite its profundity, the story of Holdbrooks’ conversion to the religion of his prisoners only received scant mention in the media and in Arabic media, in particular.

Lindsay Lohan’s interest in Islam, however, has been an obligatory media staple for months.

The actress of “Mean Girls”, “Freaky Friday” and a host of not-so-family-friendly movies is hailed by Arab and Muslim media and numerous social media users as if some kind of a cultural and religion savior.

Lohan’s interest and possible conversion to Islam has branched into all sorts of areas of discussion. Like Holdbrooks, she is also branded as a “race traitor” and has been, according to her own depiction, “racially profiled” during a recent trip to London Heathrow Airport from Turkey. She was wearing a hijab at the time.

Conflating race and religion is quite common in Western, especially American, society— let alone that one cannot change his race however hard he or she tries. Christianity itself was born in the Middle East region, but it seems that cultural appropriation has, at least in the minds of some, foolishly designated certain religions to be Western and other religions to be “ethnic”, “colored” and “foreign.”

While Lohan is still making up her mind about whether to join the Muslim faith, she recently announced that she will be launching a new fashion line. The announcement on Instagram was accompanied by a photo in which the actress was covering her head and part of her face with a crystals-embellished scarf. Many, including some in the media, are deducing that the fashion line is that of the modest, Muslim variety.

Concurrently, a most recent death toll estimate of war-torn Syria has reached a new high (and a new moral low). According to the Syrian Observatory for Human Rights, 321,000 people are confirmed dead as a result of the war, while a further 145,000 are still missing.

While outside powers are responsible for many of these deaths, much of the carnage has been meted out by Muslims against their fellow Muslims.

The sense of false pride generated by the probable conversion of a Hollywood actress is, perhaps, an escape from the grand shame of a bloodbath being perpetuated by Muslims against their own brethren.

But it is more complex than this.

The issue is far more telling than that of Lohan’s faith and is a repeat of previous such collective jubilation, like the sense of euphoria and unmistakable sense of validation wrought by the marriage of Arab-British lawyer Amal Alamuddin to another Hollywood celebrity, George Clooney.

Although Amal Clooney refused to investigate Israeli war crimes in Gaza – likely so as not to create an uncomfortable situation for her husband considering his strong Hollywood ties – Arabs continued to celebrate her as if her marriage to the famous actor is a badge of honor and a validation for a whole culture.

Sadly, the opposite is true. Such hype over inane occurrences is an indication of a greater ailment, the continuing Western cultural hegemony over Muslim nations.

The issue is not that of religion. Far from being a vanishing religion, Islam is the fastest growing religion in the world, the only religion growing faster than the world’s population and one which is slated to be the largest in the world by 2070.

These are some of the outcomes of a thorough demographic analysis conducted recently by the U.S.-based Pew Research Center.

So, the enthusiasm over Lohan’s possible conversion – like the intrigue created by Angelina Jolie wearing a hijab during a visit to a refugee camp – should be entirely removed from the religious component of the discussion.

Thousands of such conversions are reported in Africa, South America and Asia annually; numbers that receive little cultural and media attention in Arab and Muslim countries.

Neither is it an issue of celebrity Muslims per se, for there are many famous Black entertainers who are also Muslims, some even devout Muslims. They rarely register on Arab and Muslim media radars as Earth-shattering events.

While racism might play a role, it is not the dominant factor.

The possible conversion of a Western, Hollywood celebrity White actress is a whole different story. For these aspects – cultural, status and race – are the most manifest representation of Western cultural hegemony. A conversion of this caliber is celebrated as if a symbolic defeat of the very system that has demonized Arab and Muslim culture for generations.

In other words, the conversion of Lindsay Lohan would be measured against the resentment Muslims hold against western tools of military subjugation, political domination and cultural hegemony.

Yet, in the process of conjuring up this false sense of cultural triumph, Muslims, in fact, further feed into their own unfortunate sense of inferiority, one that is rooted in hundreds of years of slavery, colonization, neocolonialism and military occupation intervention.

If Lohan—or anyone else— truly wants to appreciate the Islamic faith, a religion that has appealed to the poor, the slaves and disenfranchised throughout history— and has withstood hundreds of years of colonization and oppression— she ought to study the relationship between faith and resistance in Gaza, between faith and hope among Syrian refugees and between faith and liberation in Algeria.

Finding a common ground between true Islam and Hollywood is certainly doomed to fail, for they both represent values that stand at the extreme opposites of one another.

As for Muslims who are feeling validated by mere celebrity interest in their religion, they ought to “decolonize their minds”, first by refusing to define themselves and relationships to the world through the West and its ever-sinister tools of cultural hegemony.