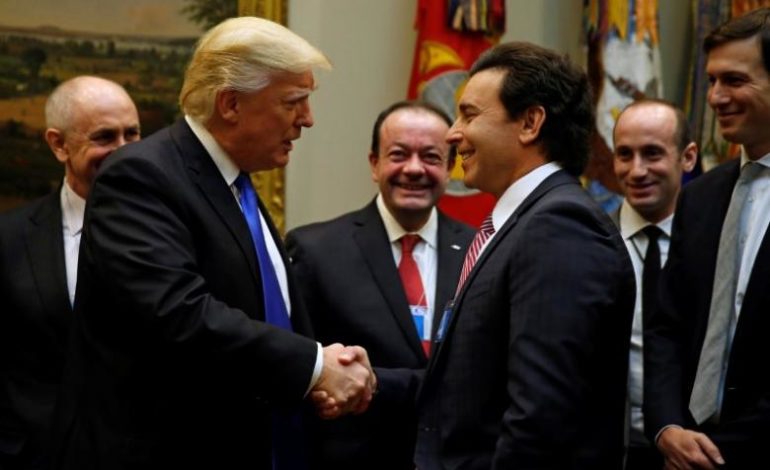 DETROIT- Ford Motor Co on Tuesday said it would invest $1.2 billion in three Michigan facilities and create 130 jobs in projects largely in line with a previous agreement with the United Auto Workers union, hours after President Trump touted a “major investment” by the automaker on Twitter.

In January, Ford scrapped plans to build a $1.6 billion car factory in Mexico and instead added 700 jobs in Michigan following Trumps criticism that centered on trade and investing in America.

Ford said on Tuesday it would spend $850 million on a planned upgrade of a plant in Wayne, Michigan, for the Ford Bronco, an SUV model, and the Ford Ranger – a mid-size pickup truck. The company will also invest $150 million and create 130 jobs at an engine plant in Romeo.

Both projects were part of 2015 negotiations with the UAW.

Ford also said it would invest $200 million in a data center in Flat Rock to support advances in vehicle connectivity and future developments in autonomous vehicles.

The move comes at a time when U.S. new car and truck sales are at an all-time high and investors are watching closely for signs of a possible downturn in the highly-cyclical industry.

“We’re optimistic that we’ll continue to see good economic growth for the U.S. in the near term,” Joe Hinrichs, president of the Americas at Ford, told Reuters. “We feel very confident about our plan and our products and about investing in Michigan and the U.S.”

The Michigan Economic Development Corporation is set to approve new state incentives for Ford at a meeting Tuesday.

The announcement by Ford comes less than two weeks after Trump visited Detroit to promise more auto jobs for Michigan and other Midwestern U.S. states.

Trump pounced on Ford’s announcement before the company could release its plans on Tuesday.

Trump has at times promoted job announcements at the White House that had been previously planned or announced.