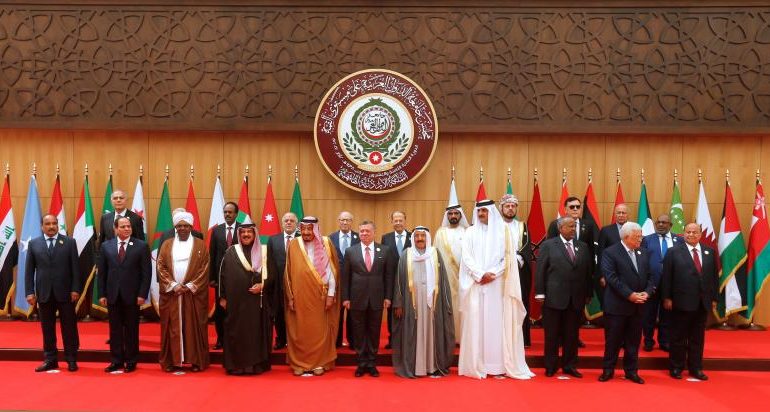 AMMAN, Jordan – Arab leaders reaffirmed on Wednesday their commitment to a two-state solution to the decades-long Arab-Israeli conflict amid increased unease over the stance of the United States under the new administration of President Trump.

Trump rattled Arab and European leaders in February by indicating he was open to a one-state solution, upending a position taken by successive administrations and the international community.

Trump later told Reuters in an interview he liked the concept of a two-state solution but stopped short of reasserting a U.S. commitment to eventual Palestinian statehood, saying he would be “satisfied with whatever makes both parties happy”.

Arab leaders attending a one-day summit beside the Dead Sea did not publicly refer to Trump or his ambiguous statements, but were keen to stress their own continued backing for an independent Palestinian state and also strongly criticized the continued building of Jewish settlements on occupied territory.

The summit’s host, King Abdullah of Jordan, said the creation of a Palestinian state alongside Israel remained the basis of any comprehensive Arab-Israeli peace deal.

“Israel is continuing to expand settlements and wreck chances of peace … There is no peace or stability in the region without a just and comprehensive solution to the Palestinian cause through a two-state solution,” the king said.

The venue of the conference is only a few km (miles) from the occupied West Bank and Israeli settlements are visible to the naked eye.

This week Israeli Prime Minister Benjamin Netanyahu said he was committed to work with Trump to advance peace efforts with the Palestinians, but he also stopped short of reiterating a commitment to a two-state solution.

“The Israeli government has since 2009 worked on wrecking the two-state solution by accelerating the tempo of settlements and the confiscation of land,” Abbas told the leaders.

“(Greenblatt) had a lot of queries and we are answering them to complete the picture in their minds and speaking as Arabs in one language,” Abbas said, adding that he had told the envoy that Palestinians remained as firm as ever in their demand for an independent state.

The Palestinians and Arabs want Arab East Jerusalem – which Israel captured in a 1967 war and later annexed in a move not recognized internationally – as the capital of a future state encompassing the Israeli-occupied West Bank and the Gaza Strip.

King Abdullah, whose dynasty has custodianship over Muslim holy sites in Jerusalem, said any unilateral Israeli move to change the status quo in the Dome of the Rock and the Aqsa mosque would have “catastrophic” consequences for the future of the region, inflaming Muslim sentiment.

U.N. Secretary General Antonio Guterres also endorsed a two-state solution, telling summit participants this was the “only path to ensure that Palestinians and Israelis can realize their national aspirations and live in peace, security and dignity”.