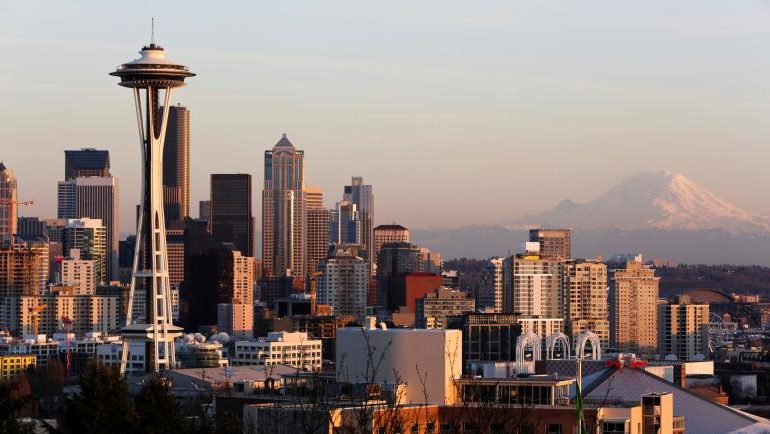 SEATTLE ― The city of Seattle sued President Trump’s administration on Wednesday over its executive order seeking to withhold federal funds from “sanctuary cities,” arguing it amounted to unconstitutional federal coercion.

Seattle Mayor Ed Murray told reporters the Constitution forbade the federal government from pressuring cities, “yet that is exactly what the president’s order does. Once again, this new administration has decided to bully.”

“Things like grants helping us with child sex trafficking are not connected to immigration,” Murray said, adding: “It is time for cities to stand up and ask the courts to put an end to the anxiety in our cities and the chaos in our system.”

Trump, who made tougher immigration enforcement a cornerstone of his campaign, directed the government in his Jan. 25 executive order to cut off funding to sanctuary jurisdictions. That order has yet to be put into effect, but Sessions’ announcement seemed to be the first step in doing so.

Responding to the Seattle lawsuit, a U.S. Justice Department representative said in a statement: “Failure to deport aliens who are convicted of criminal offenses makes our nation less safe by putting dangerous criminals back on our streets.”

Seattle’s action was the latest legal salvo over the Trump immigration order from local governments across the country, including the city of San Francisco and California’s Santa Clara County.

Police agencies in dozens of “sanctuary” cities, including New York, Los Angeles and Chicago, have barred their officers from routinely checking on immigration status when making arrests or traffic stops. They have also refused to detain people longer than otherwise warranted at the request of federal agents seeking to deport them.

Supporters of the policy argue that enlisting police cooperation in rounding up immigrants for removal undermines communities’ trust in local police, particularly among Latinos.

Murray said the goal of Seattle’s lawsuit was to have the courts declare that federal authorities “cannot force our local police officials to be involved in federal immigration activities.”