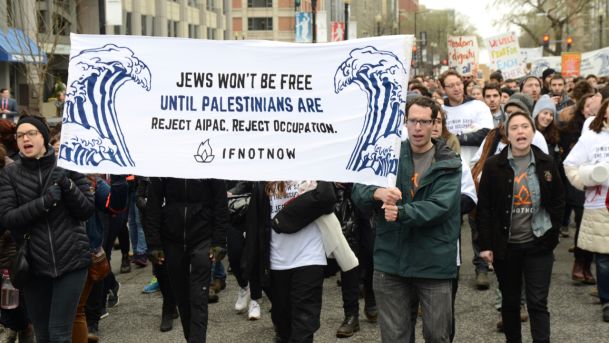 WASHINGTON, D.C.— Days before AIPAC’s national policy conference, a wide coalition of groups assembled for a counter-conference in Washington to address Israel’s ongoing P.R. ploy of mobilizing support for its policies and quelling dissent through Congress.

The counter-conference, called “the Israel Lobby and American Policy”, was held at the National Press Club, 9 a.m. to 5:30 p.m. on March 24.

Many notable figures were featured as keynote speakers in the event, including Ilan Pappe, director of the European Centre for Palestine Studies at the University of Exeter; University of Chicago political science professor John Mearsheimer and PLO Executive Committee member Hanan Ashrawi.

The conference sought to bust myths constructed by Israel’s most powerful voices abroad and on Capitol Hill.

Mearsheimer, author of the 2007 foreign policy staple, “The Israel Lobby and American Foreign Policy”, addressed the role social media and the Internet played in contributing to substantial dissent against Israeli policies by raising awareness of its practices against the Palestinians as well as its toll on the United States.

“If you read the comment section that follow many newspaper stories, you will see that there are a substantial number of Americans who are critical of Israeli behavior, especially towards the Palestinians,” he said in his keynote speech. “In short, there is much more awareness of these critical issues today than there was a decade ago.”

Contributions to this growing dissatisfaction in the time since his book’s publication include online platforms such as Mondoweiss, an increasing number of organizations critical of Israel and the behaviors of Israeli Prime Minister Benjamin Netanyahu and pro-Israeli lobbies in light of the information and issues raised in Mearsheimer’s book.

Even in an age of “alternative facts”, the scholars did not hesitate to call out the Israeli lobby’s far-reaching history of parallel narratives.

In his study, “American Attitudes About Israel Lobby/Programs”, which he presented at the March 24 conference, Smith showed that many Americans found American monetary assistance to Israel to be overwhelming and unnecessary.

“When informed of its relative size, 60 percent of Americans believe that U.S. foreign aid to Israel is either “much too much, or too much,” Smith said, reporting similar levels of dissatisfaction in 2014, 2015, and 2016.

He added that “Sixty percent of Americans had higher priorities, including spending on care for U.S. veterans, […] education and paying down the national debt”, finding that “only 17 percent thought that the funds should be spent on Israel.”

He also mentioned that while substantial diplomatic aid cuts have been made by Secretary of State Rex Tillerson, Israel’s more than $3 billion annual package has been relatively “untouched.”

The Boycott, Divest, Sanctions (BDS) campaign originally spearheaded by the Presbyterian Church in 2012 is capitalizing on this uneasiness.

“Today, it is not accidental that the prime minister of Israel and most of its national security leaders view the BDS as the number one national security threat to the state of Israel,” Jahshan said. “Because it’s exposing it worldwide in no uncertain terms to the fact that occupation’s got to end; occupation cannot be tolerated.”

Such steadfast influences that refuse to yield to the changing tide of popular opinion make themselves manifest through a divide of party and power. The choice in keynote speakers at the AIPAC Policy Conference, a mixture of the Democratic elite and Republicans, demonstrated continuing unconditional support for Israel.

The heavy emphasis of bipartisanship in this year’s conference also attempted to quell the voices of protest and disapproval.

“The partisan divide is the biggest story in the U.S.-Israel relationship today and a strong undercurrent of the AIPAC conference,” said Yousef Munayyer, a non-resident scholar at the Middle East Institute. “Perhaps the largest protests ever outside of an AIPAC gathering took place this weekend, which included progressive Jewish organizations out in full force.”

One protest sign by members of IfNotNow read “Jews won’t be free unless Palestinians Are: Reject AIPAC. Reject Occupation.”

The increased vocal opposition follows in step to the decrease in support for Israel among Democrats. In January, a Pew study found a 25 percent decrease over nine months in 2016 among Democratic Party members.