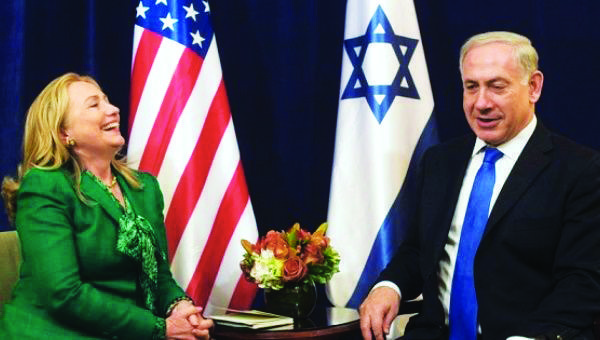 Once more, the Arab Peace Initiative of 2002 is taking center stage. Palestinian Authority (PA) President Mahmoud Abbas insisted during his speech before the recently concluded Arab League Summit in Jordan that the initiative is the only solution on the table; asserting that it will not be changed or even tweaked.

But why is this initiative, which was put forward by Saudi Arabia 15 years ago, now infused back into the already congestedMiddle East’s political discourse, despite the fact that Israel has rejected it repeatedly and the U.S. has shown little interest in enforcing it? In March 2002, the initiative, made of a few sentences, was proclaimed in an Arab League Summit in Beirut.

Less than half of Arab leaders participated in that conference. The late Yasser Arafat, head of the PA and chairman of the Palestine Liberation Organization (PLO), was not allowed to attend. Then-Israeli Prime Minister Ariel Sharon had Arafat placed under house arrest in Ramallah. He told Arafat that if Israel allowed him to leave he would not be allowed back. Arafat died two years later, amid allegations that he had been poisoned.

The Arab proposal was largely a reiteration of United Nations Resolutions 242 and 338. It promised complete normalization between Arab States and Israel should Israel withdraw from Palestinian and Arab land it occupied in 1967.

The initiative seemed to adopt a lackluster attitude towards the Right of Return of Palestinian refugees, as it promised a just solution based on U.N. resolution 194, without insisting on its full and complete implementation.

It was cautiously welcomed, then quickly overlooked by Washington at the time, since Sharon had dismissed it off-handedly as a “non-starter.”

Israel was hardly interested in seemingly bold initiatives to resolve the conflict, either by the Arabs, the Americans or any other. However, Israeli leaders still felt that the initiative was significant, at least if placed within historical context.

When the Arab Initiative was re-endorsed, this time by the majority of Arab leaders in the Arab League Summit in Saudi Arabia in 2007, the then Israeli Prime Minister, Ehud Olmert, had a most expressive response.

On the one hand, he hailed the initiative as a “revolutionary change.” On the other, he stripped its content of any practical value. The return of Palestinian refugees is “out of the question,” he told the Israeli “Jerusalem Post” at the time.

“I’ll never accept a solution that is based on their return to Israel, any number,” he said.

However, what Olmert — as with current Prime Minister Benjamin Netanyahu —was keenly interested in is the idea of unconditional normalization.

He told the daily Hebrew newspaper “Yediot Ahronot” that he sees “a real chance that, within five years, Israel will be able to reach an inclusive peace deal with its enemies.”

Circumventing the Palestinians and signing peace deals with Arab countries to break Israel’s regional isolation has been paramount in Israeli foreign policy since its very inception in 1948. Since then, it has signed a peace deal with Egypt and Jordan and has informal contacts and ties with various other governments.

This partly explains Abbas’ — as well as PAForeign Minister Riyad al-Maliki’s — insistence on referencing the Arab Peace Initiative instead of, for example, the defunct Oslo Accord or any specific U.N. resolution.

It is his way of saying that any normalization between the Arabs and Israel should take place through the Palestinian channel, and particularity though his leadership in Ramallah.

Of course, Israel does not mind the renewed interest in the initiative, simply because it could galvanize efforts, led by the Americans, to achieve normalization with the Arabs without peace with the Palestinians first.

The initiative is “revolutionary” from the Israeli viewpoint because of such reference. This becomes more evident when one recalls the Arab Summit in Khartoum in September 1967, following the Arab defeat by Israel, which victory was achieved and bankrolled by the United States.

Although the summit then had abandoned or diluted much of its pre-war language — insisting on the geographical unity of historic Palestine, demanding without reservation the Right of Return — it proclaimed its famous “Three Nos”: No to diplomatic recognition of Israel; no to a peace deal and no to negotiations without complete, full and unconditional Israeli withdrawal of land occupied by force.

Although historians often attempt to paint the Arab position there as radical, that was hardly the case if analyzed within its historical context. Their position was consistent with international law and U.N. Resolution 242, in particular. Moreover, they — the Arabs — tried to send a message to Israel and the U.S., who tried to use the astounding defeat to exact concessions and impose humiliating conditions on the Arabs as a result of the war. They also feared protracted, futile negotiations while Israel was enriching its occupation of Palestinian, Arab land.

The Arab Peace Initiative appeared to Israel as a complete departure from that position, especially as it was made when the Second Palestinian Intifada (uprising) was at its bloodiest stages. Just days after the initiative was made, Israel besieged the Jenin refugee camp in the northern West Bank, attacking it with unprecedented ferocity. The death toll of the two-week battle (known as the Jenin Massacre) exceeded 60, with nearly 300 wounded, hundreds more arrested, most of the camp bulldozed and its residents expelled.

What Israel had then gleaned from the initiative is that while Arabs are proposing generous peace, Israel was free to conduct its military occupation as it saw fit.

Since the initiative was made in 2002, much more blood has been shed, the settlements have grown to constitute an irreversible reality, occupied East Jerusalem has been completely cut off, a so-called Separation Wall (known to Palestinians as the “Apartheid Wall”) further seized massive swathes of Palestinian land, Gaza fell under a perpetual siege and the “peace process” became a thing of the past.

Worse still, since Donald Trump was elected to the White House, he has further contributed to the demise of any prospect of a just solution to the crisis and has pushed America’s support of Israel to new levels. Trump also assigned his son-in-law, Jared Kushner, an Orthodox Jew and a strong supporter of Israel’s rightwing, to broker peace between Israel and the Palestinians.

In fact, only days ago, Trump’s pick for U.S. ambassador to Israel, David Friedman, was approved by the U.S. Senate.

Friedman is controversial, even in the eyes of some Israelis, due to his close association with extremist Jewish parties that labor to seize Palestinian Muslim and Christian properties in occupied East Jerusalem.

Under the guise of peacemaking, Kushner and Friedman are likely to focus on advancing Israel’s position and standing in the region. For them, the issue of normalization is at the helm of their prospective policies.

This explains the Palestinian insistence on the Arab Peace Initiative. It is not because the initiative carries a magical formula towards peace.

The anxiety lies in Palestinian fear that Trump’s Middle East policy will focus on trying to break down whatever little consensus Arab countries still have on Palestine.

Abbas, who is heading toWashington this month, knows only too well that his position is terribly weak and that without Arab backing, however symbolic, he will find himself cornered by a belligerent Trump regime.

While the U.S. administration may rebrand its approach to the conflict, what truly interests Israel and its Americans backers is breaking Israel’s isolation through regional “peace” pacts and separate deals – in other words, normalization under occupation.