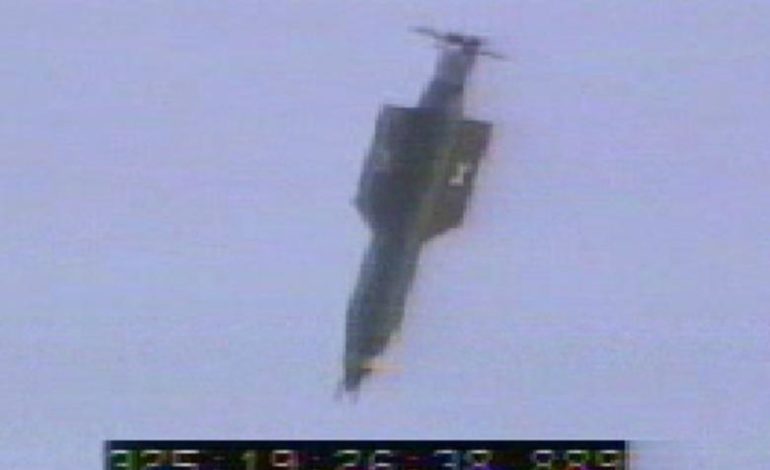 The United States dropped a massive GBU-43 bomb, the largest non-nuclear bomb it has ever used in combat, in eastern Afghanistan on Thursday against a series of caves used by ISIS militants, the military said.

It was the first time the United States has used this size of bomb in a conflict. It was dropped from a MC-130 aircraft in the Achin district of Nangarhar province, close to the border with Pakistan, Pentagon spokesman Adam Stump said.

Also known as the “mother of all bombs,” the GBU-43 is a 21,600 pound GPS-guided munition and was first tested in March 2003, just days before the start of the Iraq war.

General John Nicholson, the head of U.S. and international forces in Afghanistan, said the bomb was used against caves and bunkers housing fighters of the ISIS in Afghanistan, also known as ISIS-K.

“This is the right munition to reduce these obstacles and maintain the momentum of our offensive against ISIS-K,” Nicholson said in a statement.

It was not immediately clear how much damage the bomb did.