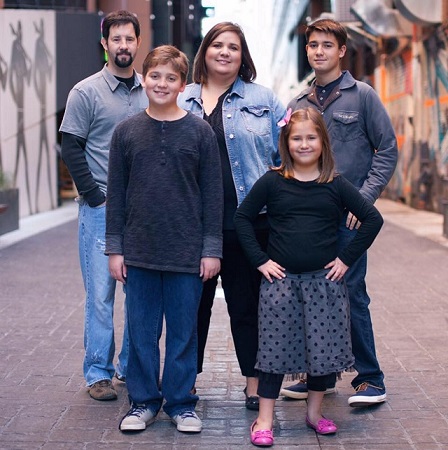 Stigmas usually form when, ironically, some of the most critical forces of life— those that must be addressed— hit.

Even though many organizations started efforts to chase away stigmas regarding mental health and domestic and substance abuse, few advocate for the disabled.

Some— like activist Khodr Farhat— have spoken out about disabilities in the community, but very few share their thoughts about those with learning disabilities and the education they need.

There’s also the incorrect sweeping statement that special education courses at public schools are all inclusive.

There’s quite more to it

The key word is “individual”, because special education students each have their own specific needs.

At her confirmation hearing in January, Education Secretary Betsy DeVos seemed unfamiliar with IDEA, claiming implementation should be left up to the states.

Senator Maggie Hassan (D-New Hampshire) asked her about that.

“That’s federal civil rights law,” Hassan said. “So, do you stand by your statement a few minutes ago that it should be up to the states whether to follow it?”

“Federal law must be followed where federal dollars are in play,” DeVos said.

“So, were you unaware when I just asked you about the IDEA that it was a federal law?”

DeVos said she “may have confused it”, adding that “if confirmed, [she] will be very sensitive to the needs of special needs students.”

Hassan replied that it’s not about sympathy, but rather about “being willing to enforce the law.”

This incident drew controversy because DeVos’ statements showed that she does not understand the rights that must be implemented.

Many parents feel embarrassed to address their children’s disabilities and tend to lose hope, but there are others who show pride and advocate for their children freely— breaking the stigma and making a positive impact on their lives.

Dearborn native Teri Bazzi Oliveri, a mother of three, spoke to The AANews about her daughter’s dyslexia and how she had to advocate for her.

According to the Understood.org article, “Understanding Dyslexia”, Dyslexia is a lifelong condition that makes it challenging for people to read.

“Dyslexia is mainly a problem with reading accurately and fluently,” the article said. “Kids with dyslexia may have trouble answering questions about something they’ve read. But when it’s read to them, they may have no difficulty at all.”

It can also create difficulties with other skills, like spelling, writing and math.

Oliveri said she was told it’s ok when kids are behind in first and second grade, because they can still catch up. At the time, however, she knew there was something wrong; so she forced the district to test her daughter. They found that she had a specified learning disability in reading and math.

When Oliveri’s daughter Allie now in fourth grade, was in second grade, she was “uber-focused… anything that came out of her teacher’s mouth, she just zoned in… She worked really, really hard.”

Since Oliveri worked as a substitute teacher at an elementary school in the Lakeview District, one of the teachers she befriended told her she could help Allie. So she requested that teacher for third grade.

“This teacher went to the administrators, went to the special education teachers and said ‘what we’re doing is not working, so let’s change it up,'” Oliveri said. “But the district said no.”

The administration refused to tailor the teaching and assigned work to Allie’s individual needs, which led the teacher to express worries about Allie’s then-upcoming experiences in fourth grade.

Although Allie started fourth grade at the same school, she transferred to Eton Academy earlier this month at the suggestion of her third grade teacher.

To help pay for tuition at Eton, a private school that educates students with specific learning challenges, Oliveri and her husband started an Educating Allie Oliveri GoFundMe page at a friend’s suggestion. Oliveri admitted being hesitant, until her friend reminded her that it was for Allie’s sake.

Call it what it is

“What does a learning disability really mean?” Oliveri asked, referring to the school’s findings. “That’s an umbrella term to me; that’s like a doctor saying to me, ‘your daughter has a broken bone.’ If I say, ‘where?’, the doctor will say, ‘I don’t know.'”

She said it made no sense to her that “the school district won’t specify and call it what it is.”

Oliveri was adamant to find a name for Allie’s learning disability. After doing some research, she asked the school psychologist if it was dyslexia.

“‘We don’t ever utter that word,'” she quoted the other woman as saying, adding that the psychologist acted as if it were a bad word.

“I found a neuropsychologist,” she said. “He gave her the formal diagnosis.”

Oliveri said that even with this additional information, the school didn’t accommodate Allie’s needs, and the special education director didn’t even speak to the doctor.

That was a key reason behind the decision to send Allie to Eton Academy instead.

The role of parents and community

In addition to the other steps she’d taken, Oliveri also sat in on lessons at Allie’s old school, trying to learn how they taught her to better work with her at home.

She advised parents of children with similar challenges— especially Arab Americans— not to stop advocating for what’s best for their children.

“Don’t stop,” she said, adding there should be no shame in this. “Your kid deserves better. Ask questions. Get an advocate. Do your homework and research… keep demanding progress.”

“I never thought that this would happen the way it did,” a thankful Oliveri said. “I didn’t realize how much this community cared.”

She added, “I think about the girl that I pick up after school… She’s happy and confident and at ease; no longer in a daze or labyrinth of confusion and fighting for clarity.”