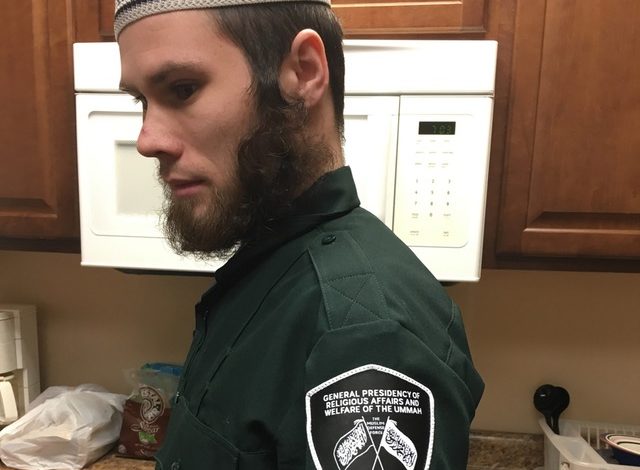 A Georgian man has been reported imposing what he calls “the civil part of the sharia law” in the Minneapolis neighborhood of Cedar-Riverside by dictating to others how they should dress, what or what not to eat or drink, not to use drugs, or even interact with the opposite sex.

The man, who has been attempting to recruit others along into his antics, has been receiving a great deal of scorn and criticism from annoyed residents. Rashid claimed to have enlisted 10 men between the ages of 18 and 25 to assist him in his pursuits.

“What he is doing is wrong and doesn’t reflect the community at all,” said Jaylani Hussein of the Minnesota chapter of the Council on American-Islamic Relations (CAIR).

According to police received reports, Rashid has been sporting a dark green uniform decorated with phrases such as “Muslim Defense Force” and “Religious Police,” along with extremist emblems commonly associated with ISIS and other terrorist groups.

Like CAIR, many other local Muslim groups around the suburb have been vocal against what they consider to be defamation of the Islamic faith.

He had originally identified the Masjid Shaafici Cultural Center in Cedar-Riverside address as his organization’s headquarters on his website.

Imam Abdighani Ali of the mosque denies any ties to Rashid’s group, adding that he seeks to file a complaint with the police.

“We are against his ideas,” Ali told the Minnesota Star Tribune. “We always encourage our community to be a part of the society.”