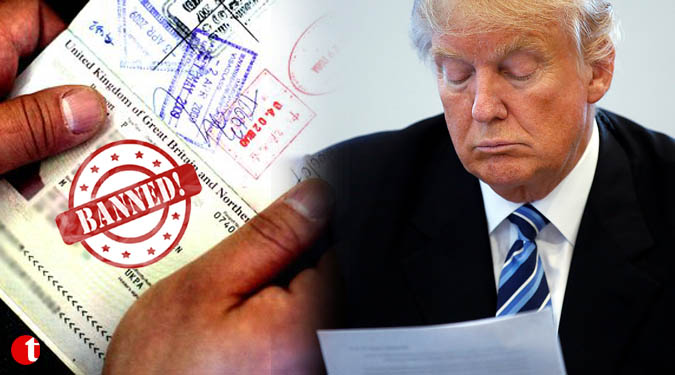 President Donald Trump will be ordering a thorough review of the country’s high-skilled immigration visa program Thursday after having signed an executive order Tuesday targeting the H-1B program.

The move signals a further attempt at Trump to target foreign companies that typically hire foreign workers over Americans.

In the upcoming executive order, Trump is expected to have the Department of Homeland Security, the agency that issues the H-1B visa, to further review their conditions for awarding.

The administration announced that it will suspend “premium processing,” a process where U.S. employers will be expected to wait several months before the H-1B foreign workers can enter the country.

A leaked draft executive order read stated the motives for instituting the ban.

“Our country’s immigration policies should be designed and implemented, first and foremost, the U.S. national interest,” the proposal’s draft read, adding that such visa programs for foreigners “should be administered in a manner that protects the civil rights of American workers and current lawful residents, and that prioritizes the protection of American workers — our forgotten working people — and the jobs they hold.”

The ban is also expected to levy a blow to the tech industry, as many foreign nationals immigrate on the H-1B visa.

Companies that make heavy use of the H-1B program, such as Cognizant Technology Solutions Corp.,  saw shares fall 4.4 percent on Monday, the most in four months.