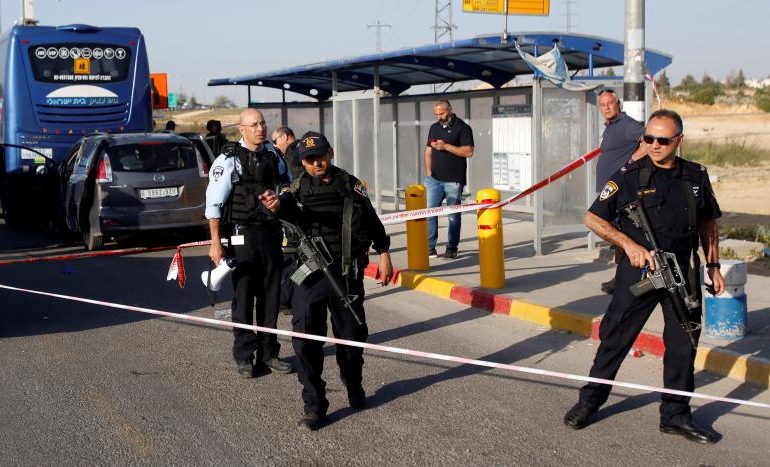 BETHLEHEM ― Israeli troops shot and killed a Palestinian driver who rammed his car into a bus stop in the occupied West Bank on Wednesday injuring a pedestrian, the army and a hospital spokesman said.

An army statement said the car rammed a bus stop at Gush Etzion Junction, a busy intersection near a cluster of Israeli West Bank settlements, injuring an Israeli civilian. Troops responded by shooting at the driver.

David Gavriel, a surgeon at Jerusalem’s Shaare Zedek hospital, said the man in his 20’s had suffered multiple wounds including gunshot wounds to the head. He arrived with no vital signs and was pronounced dead after resuscitation efforts failed. The pedestrian suffered light to moderate injuries.

The Palestinian heath ministry identified the dead man as 21-year-old Suhaib Mashahra, from the village of Sawahreh near the West Bank town of Bethlehem.

The incident was the latest in a long list of sporadic street attacks by Palestinians and came six days after a Palestinian man stabbed a British student to death on a tram in Jerusalem.

A wave of street attacks in Israel, Jerusalem and the occupied West Bank since October 2015 has killed 37 Israelis, two American tourists and a British student.

At least 243 Palestinians have died during the period of sporadic violence.