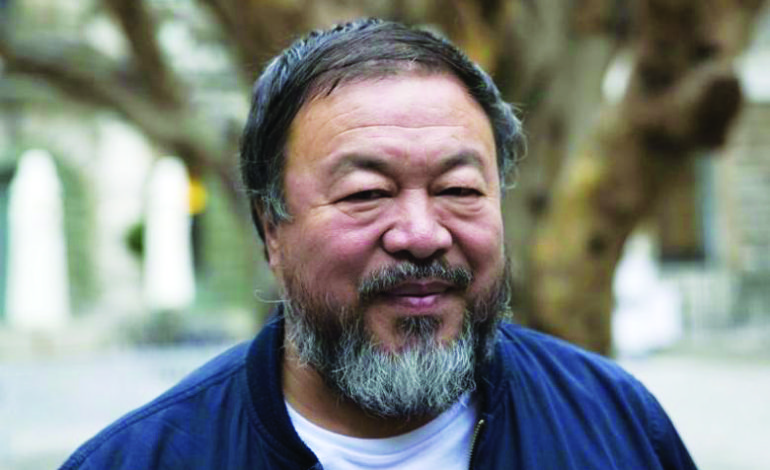 DOHA, Qatar — Chinese artist Ai Weiwei called on wealthy Gulf Arab states to take in more Syrians displaced by six years of civil war, saying the surge of refugees fleeing conflict in the Middle East was a “test for humanity.”

Ai, often described as China’s most high-profile artist and dissident, has won acclaim for artwork highlighting the plight of Middle East refugees fleeing in boats to Europe.

Last year, Ai wrapped the giant columns of the Berlin Konzerthaus with 14,000 life jackets brought from the Greek island of Lesbos on whose beaches more than a million migrants have entered the European Union.

He has visited camps in Greece, Turkey, Lebanon and Jordan to film a documentary about the refugee crisis.

Speaking after a talk Tuesday night at Qatar’s Museum of Islamic Art (MIA), Ai said a Gulf Arab policy of not granting Syrians and Iraqis refugee status was short-sighted.

“Many Gulf states refuse refugees,” Ai said in the ziggurat-style museum’s vast marble lobby. “I don’t think that’s an intelligent act, because many refugees even have the same religious background to them and talk the same language.

“I think this only shows very short-sighted politics… like you’re refusing to help out your brothers or your relatives,” he added.

Civilians fleeing Syria’s nearby war have found scant refuge in the Arab world’s richest countries despite several— including Qatar— being backers of combatants in Syria’s conflict.

Like the rest of the expatriates who form a majority in many Gulf States, Syrians have been admitted mainly as temporary guest workers, which generally means they must have jobs lined up before they arrive, or as dependents of their families.

“(Signing the convention) is not just to help but to testify that a state can understand what humanity is about,” he said. “Because this is really a test of our humanity and willingness to defend those integrities of human life. It doesn’t matter how rich you can be or how self-protected. If we cannot meet this challenge I think the future is very dark.”