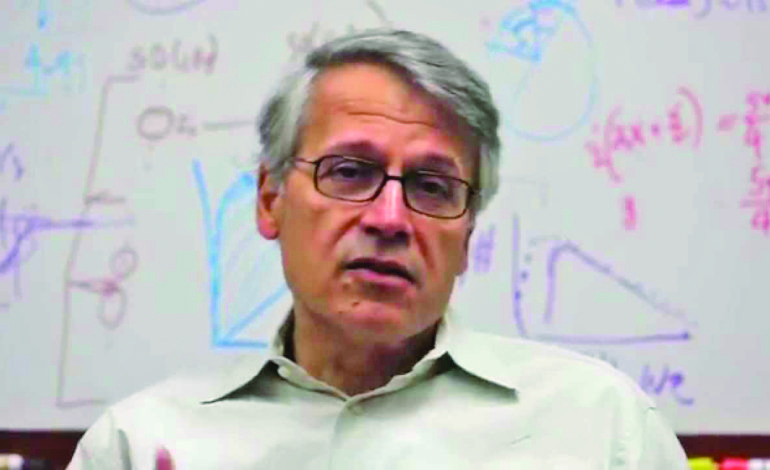 Imagine standing atop a mountain, where ridges, valleys and lakes in a red desert landscape unfold.

Look up and you recognize similar terrain — mountainous landscapes and water on several surfaces hovering above.

No, you are not looking through a telescope, standing in the middle of an Arizona desert or in a science fiction world.

That is what your world would look like on one of seven newly discovered planets, each believed to be capable of harboring life.

On February 22, NASA scientists completed their analysis of TRAPPIST-1, a system of seven planets orbiting an ultra-cool dwarf star about 40 light years from the sun, using data and infrared imaging to unravel what it would look like on the surface of the first known set of habitable planets outside our solar system.

Using today’s rocket technology, it would take humans an estimated 11,250 years to get there.

The planets are all thought to contain water and orbit a star that has 8 percent the mass of our sun. That means the planets are all much smaller than ones in our solar system, but orbit closer to one another.

That is why when standing on a TRAPPIST-1 planet, you could see landscapes of the six neighboring planets, just like we see the moon.

Last May, researchers began to detect three planets using a massive high-tech telescope in Chile, but it was a leading NASA scientist and a Lebanese American California Institute of Technology (Caltech) professor, George Helou, who has been at the forefront of research about TRAPPIST-1 for about 15 years.

Over the mountains of Lebanon the skies were dark, the stars intense, and the Milky Way mesmerizing. The fascination slowly turned into a career path. -George Helou

“Like many astronomers, I was captivated by the stars at a tender age,” Helou writes in his Caltech profile. “Over the mountains of Lebanon the skies were dark, the stars intense and the Milky Way mesmerizing. The fascination slowly turned into a career path as math and physics became increasingly fun topics, books promised infinite vistas of discovery and college at the American University of Beirut brought me into modern physics and closer to graduate school.”

Since then, Helou has contributed to vital discoveries that shaped our understanding of the universe. Those colored images of galaxies you’ve seen? Helou helped establish those imaging methods, used to analyze how galaxies formed from dust.

But the path to discovering the seven planets was a meticulous development that took decades of research and a whole lot of luck, Helou told The AANews. Helou said his career in space exploration began when he received a degree in astronomy from the American University of Beirut, after which he got involved in multiple post-doctoral research positions in the early 1980s.

In 1983, an opportunity arose to utilize a groundbreaking new telescope that used infrared wavelengths to take images of the entire sky.

“This was a whole new sky that was being revealed,” he recalled.

He said that new way of measuring the sky revealed fundamental new things about the universe.

Helou said he was then offered a teaching position at a university in Michigan, but decided to take his chances on continuing research on new data from the Infrared Astronomical Satellite (IRAS), which launched the same year, at Caltech.

Sure enough, Helou said the research unveiled a “treasure trove” of new scientific information that served as natural progression and filled the gaps from prior study of galaxies.

His work with infrared technology was a “watershed moment”, during which he absorbed new information and authored cutting edge articles.

Helou then became involved with the European Space Agency’s infrared astronomy missions, including the Infrared Space Observatory (ISO), active from 1995 to 1998, and the still-active Spitzer Space Telescope.

“For my career during this time, I was lucky in that it was a golden era in infrared astronomy,” he said. “We had a succession of telescopes, each one improving on the previous one by factors of hundreds of thousands and infinity. That really gave us a much greater depth of understanding of the universe.”

He said the peek at an entirely new expansive universe through the new telescopes allowed him to preview what the universe looked like billions of years ago.

“George Helou has contributed to every major space infrared astronomy project as a scientist and a leader,” said Caltech President Jean-Lou Chameau after Helou received Lebanon’s Coat of Arms of the Presidency in November 2011 in Beirut. “Our understanding of galaxies and how they create stars has been greatly enhanced by the research centers George leads on behalf of Caltech and NASA.”

“Crucial to our survival”

Although these technologies have confirmed the possibility of the existence of hundreds of Earth-like habitable planets, what does it mean for a global society that does not have the financial or technological capabilities to travel there?

Helou said the answer is all about a better understanding of our place in our universe and the workings of the cosmos we live in.

Although it may take thousands of years to land on a planet in TRAPPIST-1, the astronomer said technology would be far better by then.

“We will learn a huge amount about them — but not today,” he said.

As an analogy, he described someone walking along a river and noticing a distant mountain. It would that person a while to get to there and understand the source of the river could be the snow on the mountain.

Yet, that relation to the environment in the larger sense is crucial and takes a long time to establish, he added.

For example, Helou said gamma rays from the explosion of a distant star are so powerful that when they reach Earth, they affect the atmosphere, impacting telecommunications, the ozone layer and other factors “in very profound ways.”

“Understanding the universe will be sooner or later more than an exercise in curiosity,” Helou said. “One day, that understanding may prove to be crucial to our survival.”

Does Helou believe there is life on other planets?

The capacity has been verified and the odds are very high, he said.