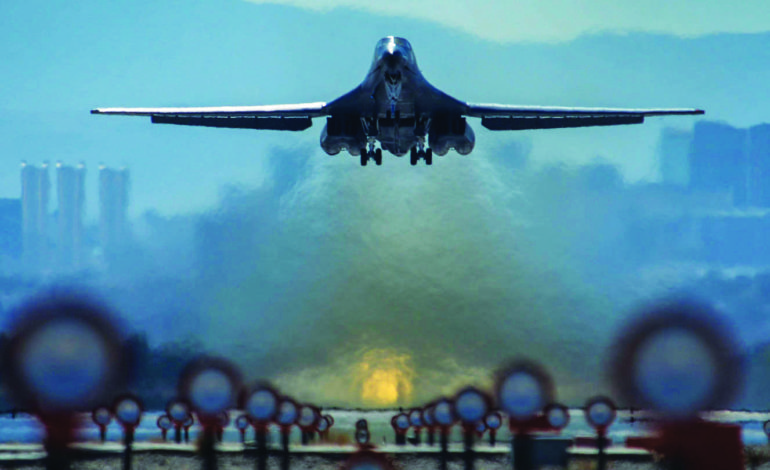 Donald Trump, having run an inflammatory campaign salvaged only by promises of non-interventionism, reneged upon multiple campaign promises by bombing two nations, unprovoked, in a span of one week.

Despite his repugnant rhetorical exterior, Trump struck a chord with the average American as far back as 2013 with tweets advising the Obama administration to “stay the hell out of Syria”, a popular promise that he rode along the campaign trail.

Yet, in the outcome of his disasters in Syria and Afghanistan, as well as pushing to the brink of nuclear war with North Korea, talk proves once again cheap as bombs rack up insurmountable expenses.

The $16 million cost to kill around 90 militants just doesn’t add up as a sound or sensible deal— and it shouldn’t take a business mogul to figure that out. If this is how Trump plans to eradicate ISIS and stave off terrorism, then he can never expect to do so— even after the complete and total bankruptcy of the country occurs and a few more terrorists are created in an inevitably wasteful and destructive process.

As for Trump’s sworn “armada” sent towards North Korea? Even that is another one of Trump’s “alternative facts.” Sailing along the shores of the south-bound Indonesian strait, the aircraft carrier USS Carl Vinson couldn’t be further than it had in months from North Korea.

One of the many letdowns of Trump’s exuberant promises included his inability to replace Obamacare with something “much, much, better”, apparently because of the “too complicated” nature the president naturally has with navigating through policy.

The only campaign promises he did keep, evidently, was the promise to keep Muslims from immigrating to the United States through his sequence of Muslim bans, as well as his carrying out his unprecedented round up of undocumented immigrants through ICE. His actions, matched with equally loud words, prove that Trump cannot keep a campaign promise that may give an ounce of mercy to groups he actively campaigned against in 2016.

If vague yet bombastic language is a signature of Trump’s rhetoric, then empty promises underscored by acts of uncalculated bravado, are proving themselves to be very concerning cornerstones of a foreign policy, or lack thereof, unprecedented in its lack of plan or preparation.

“What happens is, I said, ‘We’ve just launched 59 missiles headed to Iraq,” said the man who couldn’t remember the correct name of the country he bombed— Syria— over bites of “the most beautiful piece of chocolate cake.” Allegedly, he’d made the decision to launch the airstrike by heeding his equally inexperienced daughter, Ivanka— an airstrike that succeeded only in killing nine people, including four children, and scaling up tensions with alleged ally, Russia.

So far, his core base at home has shifted his entire party down a notch as well. Republicans, too, must examine how their actions here and abroad are turning the tides against their party in the House and Senate.

Analysts are already interpreting scenarios like Democrat Thomas Jonathon “Jon” Ossoff winning the most votes in a nonpartisan blanket special primary election in Georgia’s Sixth District, which hasn’t seen blue since the 1970s, as a precursor to the Republican Party’s prospective loss of Congress in 2018.

Perhaps Trump needs to reevaluate his policies, or at least identify what they are, in order to save his presidency and his divided party.

His 2013 tweet, at the time a trivial jibe, is no less a warning in hindsight that answers his foreign policy more so than Obama’s threats had posed at the time: “WHAT WILL WE GET FOR OUR LIVES AND $ BILLIONS? ZERO.”