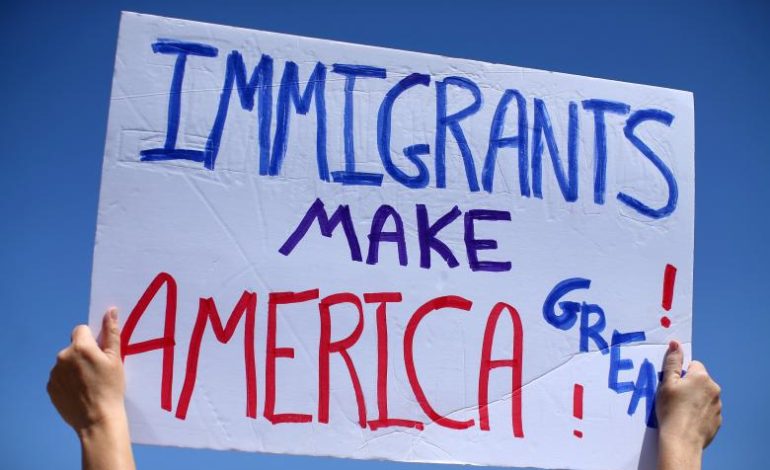 The ruling from U.S. District Judge William Orrick III in San Francisco said Trump’s Jan. 25 order targeted broad categories of federal funding for sanctuary governments and that plaintiffs challenging the order were likely to succeed in proving it unconstitutional.

The Republican president’s moves on immigration have galvanized legal advocacy groups, along with Democratic city and state governments, to oppose them in court. The administration suffered an earlier defeat when two federal judges suspended executive orders restricting travel from several Muslim-majority countries. The government has appealed those decisions.

Sanctuary cities generally offer safe harbor to illegal immigrants and often do not use municipal funds or resources to advance the enforcement of federal immigration laws. Dozens of local governments and cities, including New York, Los Angeles and Chicago, have joined the growing “sanctuary” movement.

Supporters of the sanctuary policy argue that enlisting police cooperation in rounding up immigrants for removal undermines communities’ trust in local police, particularly among Latinos.

The executive order by Trump, who made cracking down on illegal immigration a cornerstone of his 2016 presidential campaign, directed such funding to be restricted once the Homeland Security Department determines what constitutes a sanctuary city.

‘Crumbling under the weight’

The Justice Department threatened last week to cut some funding to California as well as eight cities and counties across the United States.

Santa Clara County receives about $1.7 billion in federal and federally dependent funds annually, about 35 percent of its total revenues. The county argued it was owed millions of dollars of federal funding every day and that its budgetary planning process had been thrown into disarray by the order.

In his ruling, Orrick said the language of the order made it clear it sought to withhold funds beyond law enforcement.

“And if there was doubt about the scope of the Order, the President and Attorney General have erased it with their public comments,” Orrick wrote.

The judge cited comments from Trump calling the order “a weapon” to use against jurisdictions that disagree with his immigration policies.

Dave Cortese, president of the Santa Clara County Board of Supervisors, said in a statement: “The politics of fear emanating from the Trump White House has just suffered a major setback.”