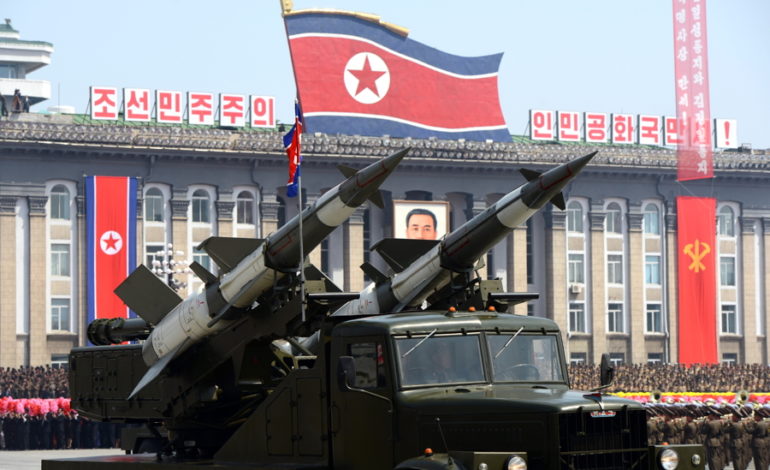 WASHINGTON ― The United States may need to strengthen its missile defenses, particularly in Hawaii, given the advancing threat from North Korea’s missile and nuclear weapons programs, the top U.S. commander in the Pacific told Congress on Wednesday.

Just hours before the entire U.S. Senate was due to receive a top-level briefing on North Korea at the White House, Admiral Harry Harris testified that he believed Pyongyang’s threats against the United States needed to be taken seriously.

Harris said the defenses of Hawaii were sufficient for now but could one day be overwhelmed, and suggested studying stationing new radar there as well as interceptors to knock out any incoming North Korean missiles.

“I don’t share your confidence that North Korea is not going to attack either South Korea, or Japan, or the United States … once they have the capability,” Harris told a lawmaker at one point.

Asked about defenses of the continental United States, Harris deferred to other commanders but said: “I do believe that the numbers could be improved. In other words, we need more interceptors.”

The testimony was the latest sobering reminder of growing U.S. alarm about North Korean capabilities. President Donald Trump has signaled willingness to use force, if needed, should diplomatic efforts fail to constrain Pyongyang.

U.S. officials have warned any near-term conflict with North Korea could have a devastating effect on ally South Korea, a point Pyongyang underscored by a big live-fire exercise on Tuesday to mark the foundation of its military.

In a sign of growing anxiety, Trump invited all 100 members of the Senate to attend a White House briefing on Wednesday with Secretary of State Rex Tillerson, Secretary of Defense Jim Mattis, Director of National Intelligence Dan Coats and Marine General Joseph Dunford, chairman of the Joint Chiefs of Staff.

The same four officials will then go to Capitol Hill to brief the entire House at 5 p.m. EDT (2100 GMT), a senior House aide said.

Harris said the Terminal High Altitude Area Defense (THAAD) system being deployed in South Korea would be operational in the coming days, bolstering the ability to defend the U.S. ally and the 28,500 U.S. troops stationed there.

The U.S. military started moving parts of an anti-missile defense system to a deployment site in South Korea on Wednesday, triggering protests from villagers and criticism from China.

Beijing said the system’s advanced radar can penetrate deep into its territory and undermine its security.

Harris scoffed at Chinese objections, saying he believed it was “preposterous” that Beijing would try to push South Korea against a system to defend itself, and suggested Beijing should focus on trying to influence North Korea.

In another move that will likely irk China, Harris said he thought there would be more U.S. freedom of navigation operation in the South China Sea “soon,” and sought to separate the issue from North Korea.

China claims almost the entire South China Sea, where about $5 trillion worth of sea-borne goods pass every year.

“We should encourage China and be appreciative of what they are doing with regards to North Korea and we should also be willing to criticize them for their aggressiveness and coerciveness in the South China Sea,” Harris said.

Although Harris expressed concern about North Korea’s future capabilities, he downplayed some of its current threats to U.S. forces in the Pacific.

“The weapons that North Korea would put against the Carl Vinson strike group are easily defended by the capabilities resident in that strike group,” Harris said.

“If it flies it will die, if it’s flying against the Carl Vinson strike group.”