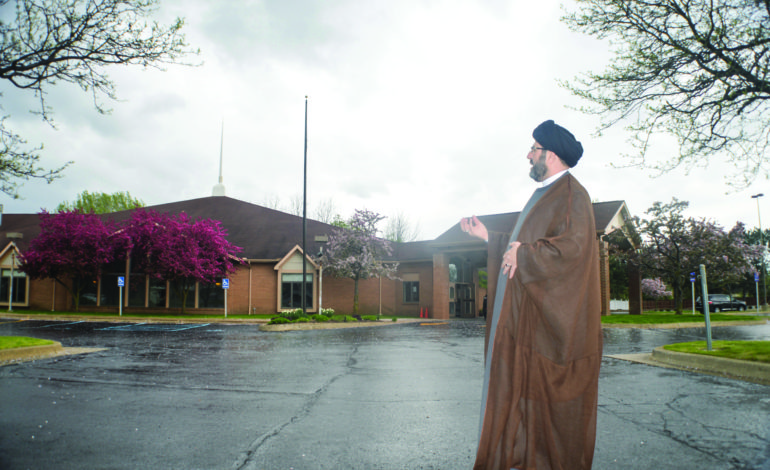 DEARBORN HEIGHTS — In early April, Sayed Hassan Al-Qazwini, one of the most prominent Muslim leaders in Metro Detroit, unveiled his new, all-inclusive mosque, the Islamic Institute of America, in Dearborn Heights.

According to Qazwini, the mosque doesn’t have a “sectarian label”, but rather welcomes all Muslims.

“We are not opening a center for the Shi’a community only,” he said, regarding the different sects of Islam. “Our mosque is open to all our Muslims… Also, we are ethnically diverse… Our board consists of people from Lebanon, Iraq, Palestine, etc…”

He said the mosque also welcomes non-Muslims to its monthly interfaith seminars that address their questions and allow them to learn about Islam.

Qazwini said the Islamic Institute of America’s mantra is “Islam for all” because its main mission is to educate everyone about Islam and dispel misconceptions and lies.

When asked about the reason behind the name of the mosque and if he believes there could be some confusion since there are nearby mosques with similar names, Qazwini explained that the center is educational and the word “institute” implies that.

“We’re trying to show that we’re primarily an educational center,” he said. “[Also], America [in the name] shows that we appeal to the entire United States of America…. We envision our message to be all-inclusive and we’re not focusing only on the local community. We have not picked the name to compete with other institutions.”

Qazwini said he has the greatest respect for all mosques in the Metro Detroit area.

“I’d like to extend a hand of cooperation with all of them,” he said. “I’d like to see us working and complementing each other and not, God forbid, competing with each other. I emphasize my utmost admiration and respect for all Islamic institutions functioning in this area.”

Since his mosque’s main mission is educating and chasing away misconceptions, Qazwini created a media outreach program.

“We are focusing specifically on fighting Islamophobia…” he said, adding that it happens generally through that program.

The mosque, which was previously a church, is being revamped and includes a media room that will soon be equipped with state-of-the-art technology.

He also plans to establish a speaker’s bureau and prepare young English-speaking Muslims to speak to the media on behalf of the Muslim community.

“When the media comes to our community, those individuals can be our spokespeople,” he said. “That’s basically our main idea.”

Other than offering summer and weekend educational Islamic classes in the mosque, Qazwini is constructing an Islamic bookstore, library, a banquet hall that holds around 200 people, a coffee shop and an arcade in the basement for kids to enjoy.

He also plans to set up a free study area for students, complete with Wi-Fi.

“We don’t want them to feel this is all about religion,” he said. “An Islamic institution should offer some venues for the kids to feel attracted… not only viewing the mosque as a worship place, but rather as a home.”

Also, Qazwini plans to launch the country’s first hawza, a seminary where Shi’a imams are trained, so American Muslims of any ethnicity don’t have to leave the U.S. and study in the Middle East to be Islamic spiritual leaders, like he did.

“This requires three elements,” he said.

It involves the place, which he has; staff and faculty, which involves inviting scholars to be the chief instructors; and spreading public awareness about the significance of such an initiative.

“We do lack in our community enough qualified imams who speak both [Arabic and English],” he said.

The process of inviting imams to lecture in the West is lacking because of the language barrier and difficulty understanding the mentality of the people living in a different country.

“That’s a real problem that we need to address,” he said. “That’s why we thought, instead of inviting imams, let’s have our own seminary here.”