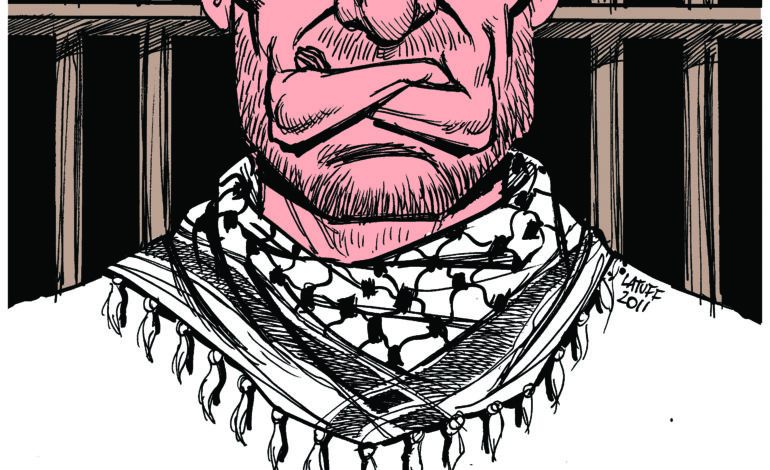 Since mid-April, more than 1,200 Palestinian prisoners have been conducting a hunger strike led by Palestinian leader and notable prisoner Marwan Barghouti. After Barghouti’s well-publicized April 16 New York Times op-ed calling for humane conditions, regular family visits and due process, this hunger strike has reinvigorated the debate on Israeli prisons, where 6,500 Palestinians— including women and children— are confined, many without any charges or counsel.

Specifically, the prisoners are requesting an increase in family visits. Prisoners’ families are regularly denied permits to visit their fathers, mothers and children. Some prisoners have been denied visits for years, effectively making that practice a form of torture.

Some communities have organized demonstrations or social media campaigns in support of the strike, labeled by Palestinians as “Idrab il-Karama” or “The Dignity Strike.” A “#SaltWaterChallenge” has been conducted on social media, where those in solidarity drink salted water on camera to express oneness with the prisoners doing the same.

But the main questions we have is: Where is our community? Where is the leadership to hold a demonstration, protest or vigil in solidarity with our prisoners? We have often said, as a community, that Palestine is in the heart of every Arab-American. Where is that action now? Isn’t Palestine still important enough? Isn’t the sacrifice of these political prisoners worth commemorating?

Palestine-related activism is still strong in many circles. Dozens of chapters of Students for Justice in Palestine are active around the country. Organizations like American Muslims for Palestine and the U.S. Campaign for Palestinian Rights are doing notable work, but our local community here in Metro Detroit seems to have lost its desire to organize for Palestine.

There is no better time than now— when our brothers and sisters in Israeli prisons are literally putting their lives on the line to make their voices heard.

It should be our duty to support them, to stand with them, to amplify their cries for all to hear.