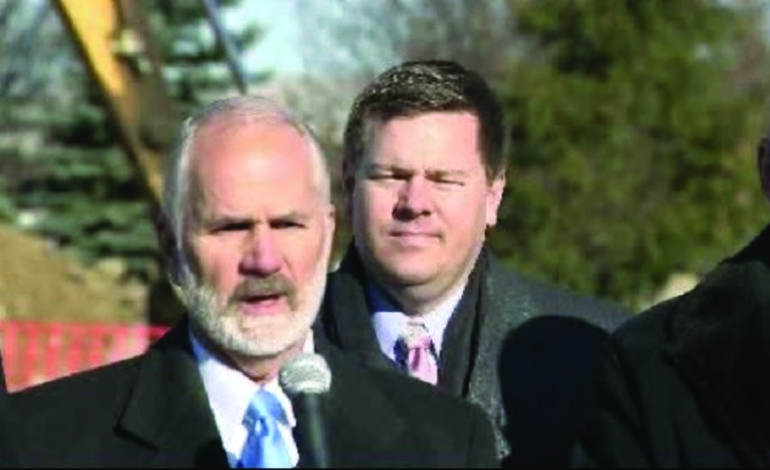 TROY — While many associate a successful Arab American population with Dearborn, Troy is another city with a large and thriving immigrant community. Michigan was the fourth largest recipient of refugee cases and individuals in 2016, with the majority of their cases coming from Iraq.

Troy recently surpassed Dearborn as the municipality with the highest foreign-born population, with 27.7 percent, slightly higher than Dearborn’s 26.5 percent. The plurality of their residents are Indian-born and Iraqi immigrants, while the Iraqi born comprise a little more than 10 percent of Troy’s foreign born population.

Troy’s numbers show it’s the recipient of the highest number of refugees in Michigan, as well one of the largest Iraqi refugee communities.

While these facts are a testament to Troy’s welcoming and integrative nature, the city’s proximity to West Bloomfield-based Samaritas (formerly Lutheran Social Services), which assists refugees from Iraq and Syria before they’re resettled, also plays a role.

Many of the newcomers, however, find safety and solace in Troy.

“A combination of factors make Troy a destination city for families,” said Mayor Dane Slater. “The top-notch school system is an attraction for immigrants, [Troy is] the safest city in Michigan and we are welcoming. [They know] they can get help if they need help.”

Troy has the lowest crime rate of a city its size in Michigan. It also has few instances of hate crimes.

Many of Troy’s successes in fighting those social injustices common to a xenophobic political climate are thanks to community organizing efforts.

One group, the Troy Alliance Against Hate Crimes, formed in 2014 to “invite all faith communities to gather, grow and give for the sake of promoting the common values of love, peace and justice among all religions locally and globally.”

While Troy is not a sanctuary city, it’s on its way to attaining welcoming city status, thanks to an accepting, diverse community environment it fosters.

A local congregation, the Troy Global Advisory Committee, recruits representatives from each ethnic group in the city to raise issues and continue conversations on relevant issues and ideas.

“It is important to have better representation…[to] educate the public about the cultures that are here, and important to understand what they are,” Slater said.

In the last six months, the Global Advisory Committee has been at the forefront in helping organize activities that celebrate Troy’s commitment to integration.

Activities such as the Detroit Family Daze Festival, organized by the committee, are assisted in part by the city administration and officials who act as a liaison between immigrant communities and their host environments to further facilitate diverse integration rather than estranged isolation.

The Troy Police Department also plays a key role in the city’s success in fostering an inclusive community. The department has made special efforts to engage and work in service of the immigrant community by hosting events and workshops and regularly meeting with community groups.

“We have made special efforts to reach out to new immigrants and recognize that nearly 30 percent of our residents were foreign born, Lehman said. “For the past two years, we have been attending ‘talk groups’ for non-native English speakers in an effort to address the unique concerns of new immigrants. This effort is in addition to our ongoing outreach efforts to the broader community, which certainly includes recent immigrants.”

Last month, the police department held a “Welcoming Night” for new immigrants. Lehman said such events were platforms for immigrants to be able to comfortably share questions and inquires with authorities about police services and procedures.

Awni Fakhoury of Troy commended the city’s efforts in fostering trust and communication with law enforcement among refugees from countries where a “knock on the door from police” is routinely “a great cause of fear and concern.”

He also added that Slater was “the first mayor in Michigan to welcome refugees before Dearborn.”

Troy’s constituency has reciprocated the grace and gratitude of its host city by delivering a culture of prolific entrepreneurship, bringing a wealth of knowledge and talent to the U.S. Its new residents include Refaai Hamo, the Syrian refugee scientist whose inspiring story made headlines in 2015.

Their reverence for knowledge and education, Slater said, both attracts immigrants to Troy’s schools for their children and contributes to the wealth and diversity of a well-supported education system.

He also said Troy speaks “86 different languages”; and its youth, whether first generation immigrants or long-time Michiganders, benefit from growing up and attending classes with other students who may “look a little different”, but by values and principles “are all alike.”

Through education, engagement and compassion and a demonstrated commitment to inclusion, Troy’s prospective “welcoming city” status can be expected to confirm a reputation as an immigrant hotspot.