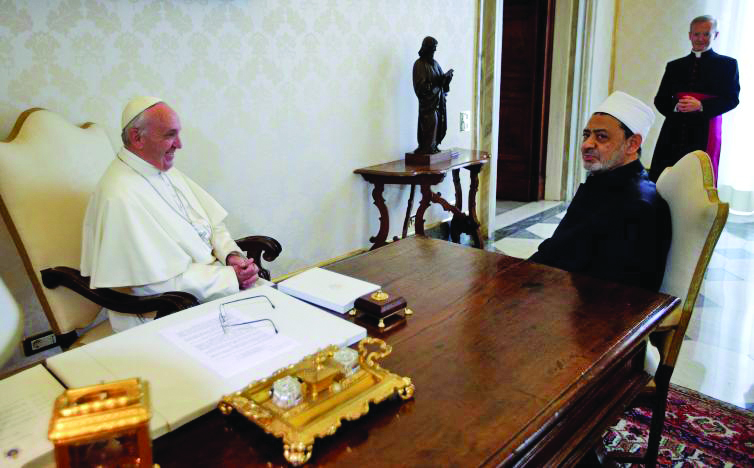 VATICAN CITY — Pope Francis hopes to mend ties with Muslims on his trip to Egypt on Friday, but faces criticism from church conservatives for meeting Islamic religious leaders after a spate of deadly attacks against Christians.

In a video message to the people of Egypt on Tuesday, Francis said the world had been “torn by blind violence, which has also afflicted the heart of the your dear land” and said he hoped his trip could help peace and inter-religious dialogue

Security is a primary concern less than three weeks after 45 people were killed in attacks on Coptic Christian churches in Alexandria and Tanta, claimed by ISIS, on the Sunday before Easter.

Sisi declared a three-month state of emergency after the attacks.

A main reason for the trip is to try to strengthen relations with the 1,000-year-old Azhar center that were cut by the Muslim side in 2011 over what it said were repeated insults of Islam by Francis’s predecessor, Pope Benedict.

Ties with the center were restored last year after Tayeb visited the Vatican. Tayeb, widely seen as one of the most moderate senior clerics in Egypt, has repeatedly condemned ISIS and its practice of declaring others as apostates and infidels as a pretext for waging violent jihad.

Zarif: Military strike against Iran by Saudi Arabia or U.S. will result in “all-out war”