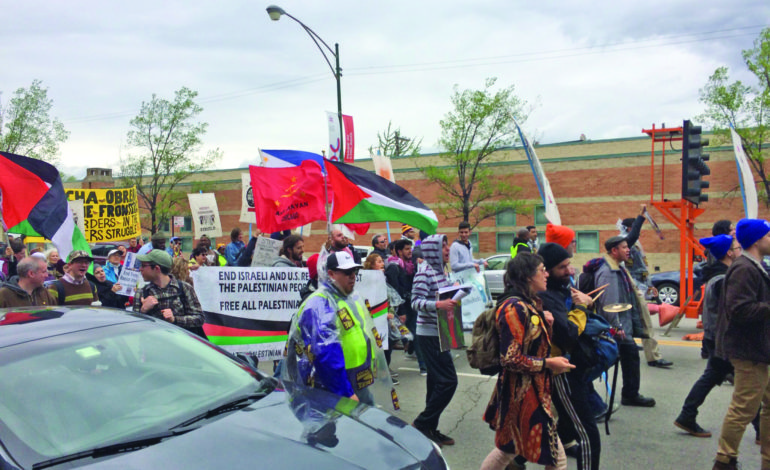 DETROIT — Arab Americans are typically not regarded as a subset of immigrants with a history tied to labor movements.

However, Arab American involvement in labor movements is interwoven within the greater framework of workers’ protests in the United States.

This renders Arab American history in the U.S., via its political involvement, virtually inseparable from the social movements endured by their other American counterparts.

Ismael “Ish” Ahmed, former director of the Michigan Department of Human Services, recalled experiencing, firsthand, this organization come to fruition from the part of Arab organizers.

“Richard Chavez came to us and asked us to become part of the Grape Boycott,” he said. “What happened in the Arab communities is, especially with the ACCESS folks, [is that] they were active in the great boycott in support of the unionization of farm workers, namely by request.”

In the history of organizing, while there has been significant activity in numerous other arenas of union mobilizing with presence in many different industries, the agriculture and auto industries have remained the most significant.

“Arab Americans were part of the organizing for the [United Auto Workers],” said Ahmed, alluding to the Flint Sit Down Strike and the battle of Eagle Pass and Hunger March that took place in Dearborn.

He described the UAW as starting off as a sometimes “antagonistic” group, a microcosm of the tensions between communities marginalized and underserved politically, socially and economically, and larger corporations and organizations.

In fact, the grievances held by Black groups were shared, and in turned helped shape, the mobilization among Arab workers.

“The movement that eventually became the Arab Workers Caucus was inspired by two main developments,” Dr. Pamela Pennock said. “Militant Black workers who were organizing in Detroit auto plants in the late 1960s and early 1970s and staging “wildcat” strikes and other protest actions…and the Arab-Israeli war of 1973.”

Both Pennock and Ahmed identified the 1973 Arab-Israeli war as iconic in bridging Arab economic and political grievances in an international nexus.

“During the war, [groups] were highly active in getting the UAW to get rid of Israeli bonds,” Ahmed said.

Pennock also detailed the impact the rallies had in shaping the economic policy of the auto companies.

“During one of these rallies in Dearborn in October 1973, Arab American activist and attorney Abdeen Jabara decried the United Auto Workers for its holdings of Israeli bonds,” she said. “A petition circulated calling for the UAW to divest its Israeli bonds. Also, they protested at the UAW Local Hall in Dearborn.”

The Arab Workers Caucus received a good deal of outreach from the League of Revolutionary Black Workers activists that also sympathized with the Palestinian cause.

“The League activists saw Arab workers as their “third world” brothers and reached out to them,” Pennock said.

The demands levied by more than 2,500 Arab Workers in dumping Israeli bonds, later aggravated by a mass walkout weeks later of Yemeni workers from the GM plant that resulted in a shut down, culminated with the UAW eventually selling parts of their Israeli bonds and “taking steps to improve relations with Arab American workers.”

By 1975, the AWC’s activity had died down and Ahmed returned his attention to ACCESS.

Today, Unions with a salient Arab presence and history, such as the UAW, retain their powerful alliance with the Arab American community.

In the Trump Era, however, mobilizing has waged different demands on Arab Americans in labor organizing.

Their old concerns and grievances, while taking new forms in their longstanding issues, have placed added demands on these groups.

On Monday, May 1, protesters in the tens of thousands took to the streets in commemoration of International Worker’s Day, which was marked by activism and protest.

These protesters’ marches in protest of Trump’s immigration policies was reminiscent of demonstrations that started on the day in 2006 to protest federal legislation that made habitation in the U.S. without legal permission a felony.

“The protests this year focused on the issues with immigration and detention affecting both Latino and Arab groups,” one Chicago-based protester, who asked to be called Sam, told the AANews. “We are [all] protesting being treated like criminals in our own country.”

Protests signs in cities ranging from New York to Chicago called for an end to deportation programs, showed an opposition to Trump’s proverbial and literal wall and advocated for an end violence on Black, Latinx, and Arab communities.

For Arab Americans, these struggles continue to carry the burden of Daifullah’s eventual fate in 1973, beaten to death from the blunt force of an officer’s metal flashlight.