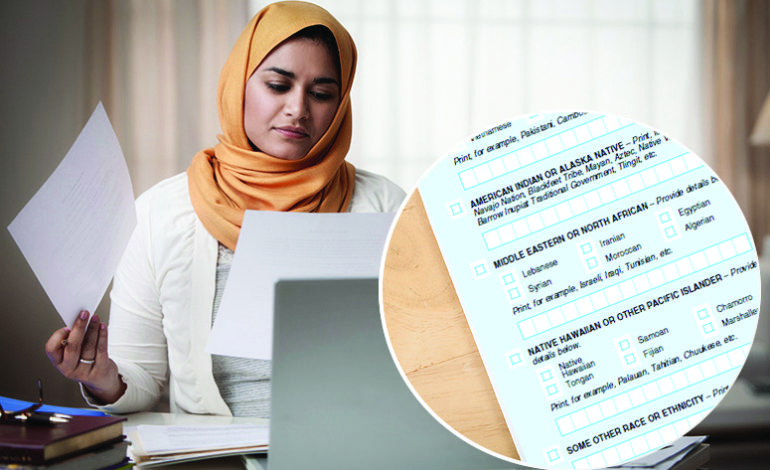 DEARBORN — Decades of efforts by Arab American organizations are paying off, as the U.S. Census Bureau officially approved a category that counts residents of Middle Eastern and North African origins (MENA) on the 2020 census.

After the Office of Management and Budget (OMB) welcomed public comments last October regarding the MENA category addition, a coalition consisting of members of the Census Bureau’s National Advisory Committee on Racial, Ethnic and Other Populations said the campaign for better representation of Arab Americans on the demographic, political and economic map is closer to becoming a reality.

The advisory committee, which includes members representing 22 communities from Arab League states, as well as those from Iran, Turkey and Israel, oversees how the question of ethnicity and race are asked.

ACCESS Executive Director Hassan Jaber, a member of the advisory board, told The AANews the board voted unanimously in favor of the adding MENA category on April 28, after it had conducted multiple focus groups and surveyed about 1.2 million Americans of Middle Eastern origins nationwide.

More than half of those queried responded to the survey, 78 percent of whom overwhelmingly affirmed they would rather be categorized under MENA, than as “White” or “other”, he said.

He said ACCESS has been spearheading efforts to place the Arab American category on the Census for 25 years, but positive momentum had only picked up in the last five years.

The proposal entails that within the geographic category on the Census form, an individual could check off his or her ethnic background, such as Egyptian or Lebanese, among four others. The nationalities would be subcategories under MENA, and a write-in option would also be available.

For example, an Iraqi could mark both the MENA and White categories.

Jaber added that within the discussion among board members, arguments against adding the category — mainly spearheaded by The Heritage Foundation, a conservative think tank — were that it would undermine the percentage of Whites and further fragment communities and distort what it means to be an American.

Maya Berry, executive director of the Arab American Institute (AAI), told the AANews last October that some Arab Americans have criticized the category, saying a fuller picture of their number and where they live make it easier for federal agencies to surveil Arab households.

She said, however, that these numbers were never a requirement for mass-spying on Arab American communities.

But the board has already taken the issue of privacy into consideration, Jaber said. He said the committee had pressed the Census Bureau to reassert its commitment to the confidentiality of the collected information, through bi-annual reports to advisory committee. That measure also received a unanimous vote, he added.

Jaber said the information collected from surveys had been destroyed by the Census Bureau already, after the records were tabulated.

The 2010 Census reported a little more than 1 million Arab Americans nationwide, but the AAI estimates there about 3.7 million, based on a formula hinged on immigration and the institute’s data.

According to AAI’s formula for the ethnic population’s distribution, Michigan’s Arab American community is 5 percent of the voting population. Ohio’s would make up 2 percent.

Aside from upholding the Census’ purpose of counting every individual in the country, backers of MENA say accurate numbers of community members allow for equitable allocation of government services, improves education standards and provides English-as-second language programs— a must for accommodating a refugee influx.

Jaber said headway has been made because the advocacy organizations have made a “very convincing case that could make the Census live to up to its true mandate of counting everyone” and elevate much of the iceberg of Arabs in America to the surface.

Jaber said achieving that would enhance political representation and chances in electoral successes, and it would earn Arab Americans a place and legitimacy in the economy.

A more accurate representation of the ethnic communities would, for the first time, paint a detailed picture of health and employment equity.

Currently, the Justice Department receives discrimination claims from minorities who are often considered White. A MENA category would more accurately measure intimidation and civil rights abuses among those communities.

Jaber said the Census Bureau’s adoption of the recommendation is a good sign, but the proposal still requires approval by the OMB, which has until December to decide.

If the recommendation is approved, the proposal is then sent to Congress, which would review the language and subsequently determine if the MENA category would be included on the 2020 Census.