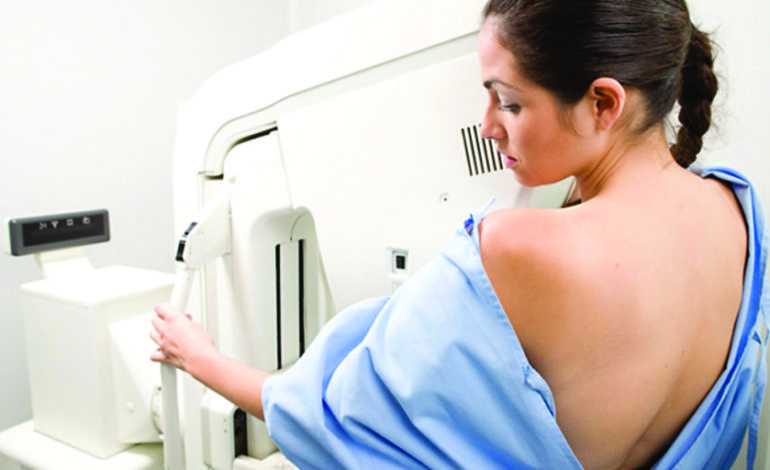 A woman getting a mammogram

DEARBORN — Many minority groups in the U.S. report lower levels of screenings for health issues such as cervical or breast cancer.

The many reasons for disparities in breast cancer screenings boil down to income, access to care, cultural barriers or educational misconceptions around health and health care.

Arab and Arab American women are among those who are less likely to have cancer screenings performed. This reluctance to seek medical attention is reflected in higher and more concentrated rates of cervical cancer.

While Arab American women’s disengagement from the medical office is apparent, the reports still show higher numbers of outreach than in many other immigrant communities.

For example, just 41 percent of Filipina and 25 percent of Korean immigrant women in Los Angeles reported receiving a mammogram in the past two years, according to the study.

While stigmas around physical as well as mental health are a commonly cited culprits in barriers to treatment, a lack of both education and understanding over the criticalness of health care prevention were described as greater issues.

“If there’s a lag or reluctancy, it’s not because of the stigma,” said Yasmina, a west Dearborn resident. “It’s because of not wanting to deal with the illness.”

She added that “usually women” put off screening, “because they don’t have time, since they are so busy with their families.”

Often, women will only find out when it’s too late.

Since, as Yasmina described, “there isn’t time to be proactive outside of the house”, early-stage screening often is just an afterthought.

Early education and awareness, factors that decreased latter-stage cancer mortality, is a practice not embraced enough among minority and immigrant groups.

Dr. Leila Hajjar, a Detroit-based women’s doctor, agrees that unwillingness is not as big of a barrier among Arab American women as believed.

“What I find is that the barriers to screening aren’t too much of a lack of wanting to screen or a lack of it, but other barriers that [led to] the patient who hasn’t been in a clinic for years,” she said.

She also said economic barriers rather than social attitudes are the main impediment to women seeking care.

“Economic factors are a barrier because not everybody has insurance or is qualified for insurance,” Hajjar added. “Recent immigrants don’t qualify for Medicaid or government insurance and oftentimes they just can’t afford it; they have to be here for a certain amount of time, and we see some people aren’t poor enough to get Medicaid insurance, but it still is not very much affordable to them.”

Itedal Shalabi, a Palestinian American with Arab American Family Services (AAFS) in Bridgeview, Illinois, is not a licensed health professional, but her experiences with health disparities among women in her community reiterates the importance of a community based health approach whose social focus addresses underlying cultural and economic problems that, in turn, affect health.

She said a “lack of availability of resources” in a community often comprised of recent immigrants and low income individuals further adds to the misinformation and myths around cancer. This affects Bridgeview’s Arab communities.

“Our policies are set up to where people are hurt,” she said.

Shalabi identified the invisibility of her demographic as one reason why federal funds are not being allocated to low-income Arab women in her area.

“Money is needed to check out with an OB-GYN,” Shalabi said.

Since the Federal Census designates these women as “White,” she asked, “how can you plan for a community that is not recognized [by the Census]?”

Like Hajjar, Shalabi recognizes socioeconomics, in addition to language and informational barriers, as culprits in the lower incidences of early stage cancer screening among Arab American women.

However, she is more critical of some of the cultural barriers that affect her mainly Palestinian immigrant community in Illinois than the Lebanese American Detroit-based doctor.

“In some instances,” she said, “the husband abandons [the wife, yet] we’re supposed to take care of a man if they have cancer.”

Shalabi also described a prevalent misconception in which women’s cancer is seen as inheritable or genetic, and almost contagious.

“Some women think, ‘My daughters are not going to be marriageable’ if they discuss their issues with cancer,” she said.

Shalabi said she hopes the “faith-based communities” that service Arab Americans and Arab American women “can talk about it in a positive way.”

Arab American Family Services holds workshops and community health events for women of these demographics. Shalabi said she hopes that “we really talk about the issues head on.”

For others, experience can sometimes be the best educator.

Amani, a Dearborn resident, whose grandmother died from breast cancer when she was only a toddler, recognizes that cancer is a “sensitive topic” in the family— though due to loss rather than stigma.

“In my own family, my aunts are good about getting a yearly screening done because of my grandmother,” she said.

“I believe…screenings for women [are offered], but many times the doctor has to do a lot of persuading,” Amani said. “Women in our community put everybody else before themselves and don’t really invest in [their own] health.”