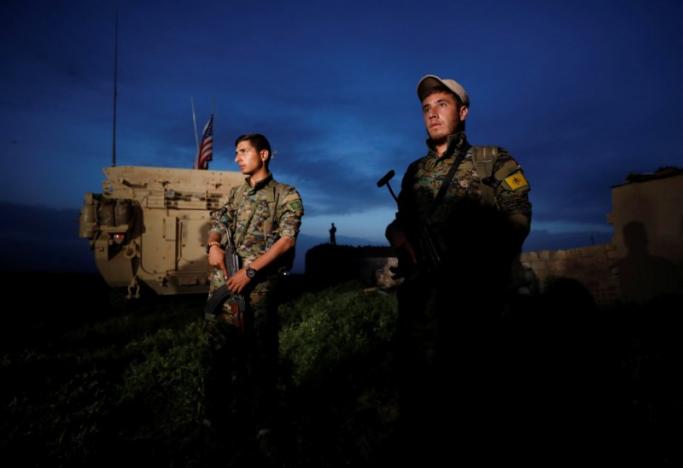 VILNIUS ― Despite fierce opposition from NATO ally Turkey, President Trump has approved supplying arms to Kurdish YPG fighters to support an operation to retake the Syrian city of Raqqa from ISIS, U.S. officials said on Tuesday.

Ankara views the Kurdish YPG militia, fighting within a larger U.S.-backed coalition, as the Syrian extension of the Kurdish PKK militant group, which has fought an insurgency in southeastern Turkey since 1984.

There was no immediate reaction from Turkey, whose president, Tayyip Erdogan, is expected to meet Trump in Washington next week.

The Pentagon immediately sought to stress that it saw arming the Kurdish forces “as necessary to ensure a clear victory” in Raqqa, ISIS’ de facto capital in Syria and a hub for planning the group’s attacks against the West.

“We are keenly aware of the security concerns of our coalition partner Turkey,” Pentagon spokeswoman Dana White said in a statement as she traveled in Lithuania with defense secretary Jim Mattis.

“We want to reassure the people and government of Turkey that the U.S. is committed to preventing additional security risks and protecting our NATO ally,” White said.

The United States has long directly supplied arms to the Arab components of the so-called Syrian Democratic Forces, which include YPG fighters. White said Washington would still prioritize supplying those Arab fighters within the SDF.

One U.S. official, speaking on condition of anonymity, said the equipment for the Kurdish fighters could include small arms, ammunition, machine guns, armored vehicles and engineering equipment.

Equipment provided to the SDF would be limited, specific to a mission and provided “incrementally as objectives are reached” White said.