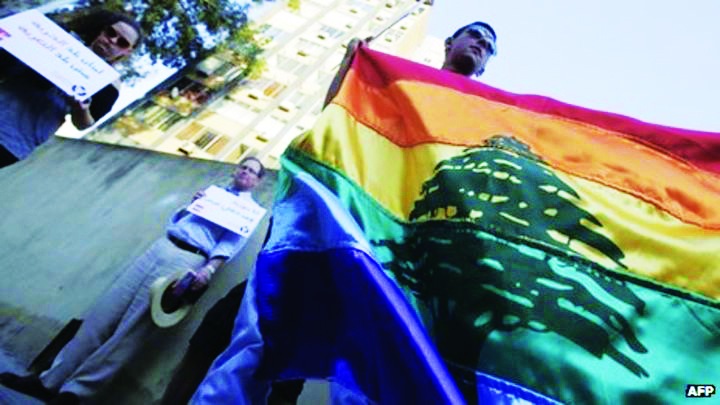 DEARBORN — A lack of language for gay identity in religious doctrine reflected the stigmatization and eventual pathologization of it in Western discourse, where homosexuality was recognized as a mental illness from the 19th century until its removal from the DSM in 1973.

Ironically, Arabic and Islamic-era words articulating homosexuality and queer identities predate the Western and European language by at least centuries.

Poetry by Rumi and Abu Nuwas has long explored same sex themes through mysticism and poetry, platforms that validate, say avid readers of medieval Islamic literature that believe homophobia as not inherent to ancient Middle Eastern culture or discourse.

Nor did gays in the Islamic world did face state violence until the 10th century, when Caliph Sulayman ibn Abd-al Malik ordered the castration of a registry of “effeminates” (mukhannath) of the Hijaz.

In recent years, cultural attitudes towards gays and homosexuality have softened, yet in the Arab world and Middle East, public expression of the identity remains a near-criminal act.

“It is a burden,” a young man, who asked to be called Basel, describes of having to keep his identity a secret. “Even for my relatives that know, none of them will say anything.”

He agreed that containing confrontation through silence is the modus operandi of family members.

“One of my gay cousins overseas has only told me and my brother,” he added. ‘They haven’t even told their own brother about their identity.”

A man who asked to be identified as Naser, a Detroit-based artist and co-owner of a coffee shop, has embraced the utilization of spaces as an outlet and platform for their queer identity.

“Even through my appearance, I am telling a story,” Naser says. “Amongst [traditional] Arabs, I am an interruption.”

Through the spaces they create for themselves and underrepresented, Nouri hopes to transcend the monolith of the “one type of Arab.”

“By simply existing and saying this space exists,” Naser says of the coffee shop, where a multitude of events and platforms are held for artists and wordsmiths of different cultures and backgrounds to exchange ideas, “This is […] revolutionary because we’re talking about it. We’re seeing it. Bringing it to life and making someone feel like they’re not alone.”

“It’s hard to find Arabs whose personalities also mesh with mine, but the language of queer [marginalization] varies in different cultures, so its not too difficult to find [other] queer people of other cultures that can relate to [what] I face.”

He mentioned that activist spaces, being pluralistic and nonjudgmental, have provided solace. “Activist…circles are helpful because it’s healing to be able to identify the factors that lead to your oppression and to resist with people who allow you to articulate oppression.”

After 2011, many young gay Arabs and Muslims adopted internet and online platforms as safe spaces.

Examples such as the online Jordanian magazine My.Kali, and certain forums of the multi platform website Majal, help give private platforms for Arabs and Muslims to express themselves.

One bisexual Muslim female, who asked to be called Jenna, finds solace in online spaces as a medium for personal expression.

“The internet has a lot of spaces that allow me to be authentically queer/Arab/Muslim without worrying about not fitting in, but in the real world I find it difficult to find places for myself, especially because I don’t go clubbing,” she said.  “If it wasn’t for spaces like Tumblr and online queer stories I wouldn’t have been comfortable admitting to myself my own identity.”

However, community mediums such as storytelling and poetry slam events have helped her develop her voice in more tangible, real world platforms. “I have friends who have created Open Mic type spaces, such as FRUIT, in which queer people of color can create, listen, and discuss the unique issues we face.”

A woman who asked to be identified as Marie, a graduate student pursuing her studies in Comparative Religion, agrees that oftentimes, “queer Muslim folk are not necessarily able to take up space, either in queer spaces or in Muslim spaces.”

“Thus, we create spaces for ourselves-through the internet, through social friendships and groups within each other.”recognizes that Arab cultures, less individualistic and less public, lack a “coming out culture” such as that in the West.

“It makes social interaction difficult, relationships hard to maintain, and ultimately isolates queer Muslims from their other queer counterparts,” she explained.

She also agreed that homosexuality isn’t inherently antithetical to the faith, a viewpoint highly contested between more contemporary Muslims and conservatives.

“Oftentimes, the religious reasoning against homosexuality is less the problem than this idea of social status and other sociabilities among Muslim/Arab-American communities.”