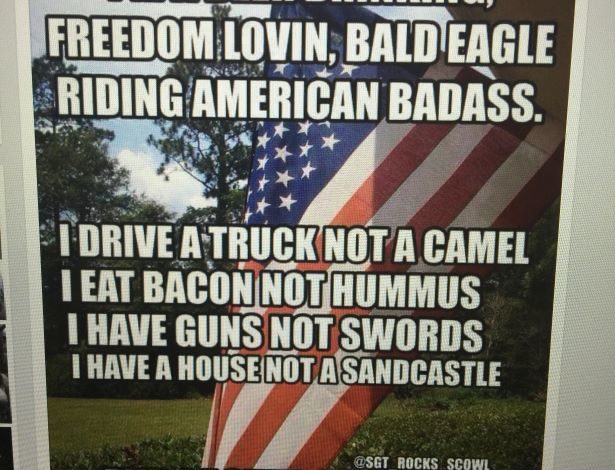 DETROIT ― The Michigan chapter of the Council on American-Islamic Relations is raising concerns about racism, xenophobia and anti-Semitism in the city of Detroit’s Fire Department – specifically in the EMS Division.

The concerns are linked to the Facebook account of Captain Tim Goodman, described as “a torrent of racist and xenophobic material.”

One post includes “an actual photo taken by Captain Tim Goodman on the corner of ‘Greenfield and Grandriver Ave,’ just blocks from the firehouse where he works as a supervisor, captioned: ‘This is what’s wrong with America. . .Deeeeetroit.’ Another post shows images of Orthodox Jews with references to anti-Semitic stereotypes.

Others include images of Hispanic immigrants stating that they will do ‘anything for papers,’ and one post suggesting that wet electronic devices be left in rice to attract Asians to fix your electronics.’”

“It is exactly this type of xenophobic and racist atmosphere perpetrated at the City of Detroit Fire Department that led CAIR-MI to file a recent EEOC complaint on behalf of a paramedic,” said CAIR-MI Staff Attorney Amy Doukoure in a press release. “No civil servant who risks their life to save others should be subjected to explicit and implicit racism and xenophobia in the workplace.”

Executive Fire Commissioner Eric Jones has released the following statement in response to the allegations:

The Detroit Fire Department prides itself on the delivery of service regardless of race, gender, ethnicity, or religious affiliation. The current matters brought to light through the Council on American-Islamic Relations are profoundly disturbing and are already under investigation. The employee that published the offensive Facebook posts has been placed on administrative leave without pay. The City of Detroit has a zero tolerance policy against any and all discrimination. Employees of the Detroit Fire Department are expected to adhere to that policy without fail.

The AANews has obtained several other posts made by the captain: