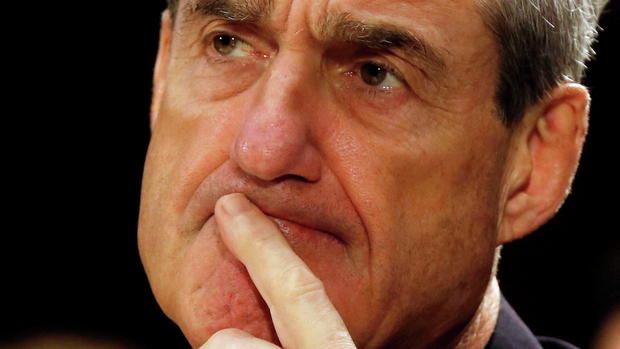 Trump has long bristled at the notion that Russia played any role in his November election victory, but the Russia issue has clouded his early months in office. Moscow has denied U.S. intelligence agencies’ conclusion it meddled in the campaign.

But pressure on the White House intensified after Trump’s firing last week of Federal Bureau of Investigation chief James Comey, who had been leading a federal probe into the matter, and allegations that Trump had asked Comey to end the FBI investigation.

The issue spilled over onto Wall Street on Wednesday where the S&P 500 and the Dow had their biggest one-day declines since September as investor hopes for tax cuts and other pro-business policies faded amid the political tumult.

“My decision (to appoint a special counsel) is not the finding that crimes have been committed or that any prosecution is warranted. I have made no such determination,” Deputy Attorney General Rod Rosenstein said in a statement announcing the special counsel.

“I determined that a special counsel is necessary in order for the American people to have full confidence in the outcome,” he said.

Lawmakers on Capitol Hill welcomed the Justice Department action, but House and Senate Republican leaders said they would go on with their own investigations of the Russia matter.

“A special counsel is very much needed in this situation and Deputy Attorney General Rosenstein has done the right thing,” Schumer said in a statement.

Mueller, 72, was decorated as a Marine Corps officer during the Vietnam War. A former federal prosecutor, he is known for his tough, no-nonsense managerial style. Appointed by Republican President George W. Bush, he became FBI director one week before the Sept. 11, 2001, attacks.

In 2011, he was asked by Democratic President Barack Obama for two more years. He was replaced by Comey in 2013.

Some past independent investigations have stretched for years. For example, Kenneth Starr, who investigated former President Bill Clinton, probed allegations surrounding his past real estate deals but later expanded the inquiry into Clinton’s relations with then-White House intern Monica Lewinsky, leading to an impeachment of Clinton by the House.