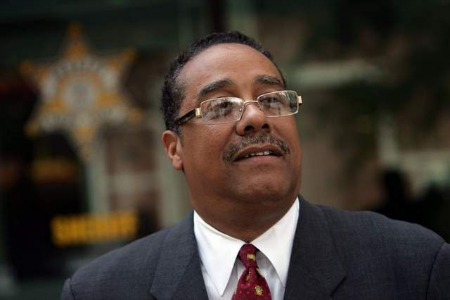 DETROIT ― Wayne County Sheriff Benny Napoleon has ordered his staff to deny requests by U.S. Immigration and Customs Enforcement agents to turn over immigrant inmates without a warrant signed by a federal judge or magistrate.

In an April 28 memo from Napoleon obtained by The AANews the sheriff wrote: “Recent court decisions have raised Constitutional concerns regarding the enforcement of Immigration Detainer — Notice of Action (IDNA).

“As such, effective immediately members of the Wayne County Sheriff’s Office shall not honor any IDNAs from (ICE), unless one of the following conditions is met: Written Judicial Determination of Probable Cause … or a warrant from a Judicial Officer,” the memo said.

“Unless one of the two above conditions are met, the Wayne County Sheriff’s Office will not honor IDNAs, and members shall not extend custody of an individual (inmate) beyond the original booking and detention periods of the original charge and bail,” Napoleon wrote.

The memo continues to say inmates may be released to ICE agents “only when accompanied by a warrant issued by a federal judge or magistrate. An administrative warrant issued by an ICE official may not be used to detain a subject.”

ICE generally issues such requests when agents think an inmate may be in violation of immigration laws. The requests ask police to hold the inmate, usually for 48 hours more than they would normally have been released, to allow them to be taken into federal custody by ICE agents.