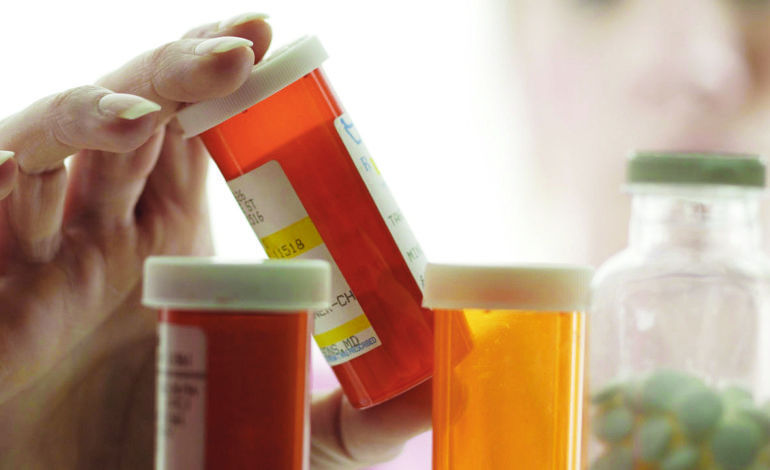 Commonly used painkillers such as Motrin, Advil and Aleve might increase your risk for heart attack, even in the first week of use, a new study suggests.

Overall, these drugs and others known as nonsteroidal anti-inflammatory drugs (NSAIDs) increase the risk of a heart attack by 20 to 50 percent, compared with not using them, researchers found.

For most people, however, this represents only a small increased risk — about 1 percent a year, the researchers said.

Still, “from the viewpoint of public health, even small increases in risk of heart attack are important because use of NSAIDs is so widespread,” said lead researcher Michele Bally. She’s an epidemiologist at the University of Montreal Hospital Research Center.

The increased risk of heart attack associated with NSAIDs was seen at any dose taken for one week, one month or more than one month. And the risk rose with higher doses, the study found.

NSAIDs are widely used to treat pain and inflammation from long-term conditions, such as arthritis and other joint diseases. Many people also take them for short-term problems, such as menstrual cramps, fever from a cold or flu or the occasional backache or headache, Bally said.

The study can’t actually prove that NSAIDs raise the odds for a heart attack, she noted.

“This is an observational study based on drug prescribing or dispensing, and not all potentially influential factors could be taken into account,” Bally said.

“Although this means that conclusions cannot be made about cause and effect, this study was the largest investigation of its type, and it was based on real-life observations,” she said.

With that in mind, Bally and her team said prudent use of NSAIDS is called for.

To lower your odds for heart harm, she suggested considering all available treatment alternatives before deciding to treat occasional pain, fever or inflammation.

Read the label of NSAID medications and use the lowest possible effective dose, added Bally, who was a doctoral student at McGill University in Montreal at the time of the study.

And the study did not address one very common, less-potent NSAID: Low-dose aspirin. Numerous well-conducted trials have found a daily “baby aspirin” can help curb at-risk people’s odds for a dangerous cardiac event.

For the research, Bally and her colleagues analyzed four previously published studies that included a total of nearly 447,000 participants. More than 61,400 people suffered heart attacks.

In this type of study, called a meta-analysis, researchers attempt to find common trends within diverse studies.

The NSAIDs the researchers studied were ibuprofen (Motrin, Advil); naproxen (Aleve); diclofenac (Voltaren); celecoxib (Celebrex); and rofecoxib (Vioxx). Vioxx was pulled from the U.S. market in 2004 because it increased the risk of heart attack and stroke.

The risk of heart attack linked to NSAIDs was greatest with higher doses during the first month of use, Bally said.

The researchers found that daily doses of more than 1,200 milligrams (mg) of ibuprofen and more than 750 mg of naproxen were particularly harmful within those first 30 days.

“With use of NSAIDs for longer than one month, this heightened risk did not seem to continue to increase even further,” Bally said. “However, we did not study repeat heart attacks.”

In general, people with heart disease or cardiac risk factors have a greater likelihood of heart attack following NSAID use than patients without these risk factors, she said.

Patients should be aware of their own risk for heart disease and discuss NSAID use with their doctor, Bally said.

“People taking these drugs for a chronic painful condition may want to consider whether the benefit of increasing the dose for better relief outweighs a possible increased risk of heart attack,” Bally said.

Based on this new research and other trials, a California heart specialist agreed that patients shouldn’t take these drugs mindlessly.

“Randomized trials and observational data have shown that use of NSAIDs can increase the risk of heart attacks and other types of cardiovascular events,” said Dr. Gregg Fonarow, a professor of cardiology at the University of California, Los Angeles.

“The absolute risk is small, but all individuals considering the use of these medications should carefully weigh the benefits against this increased risk,” Fonarow said.