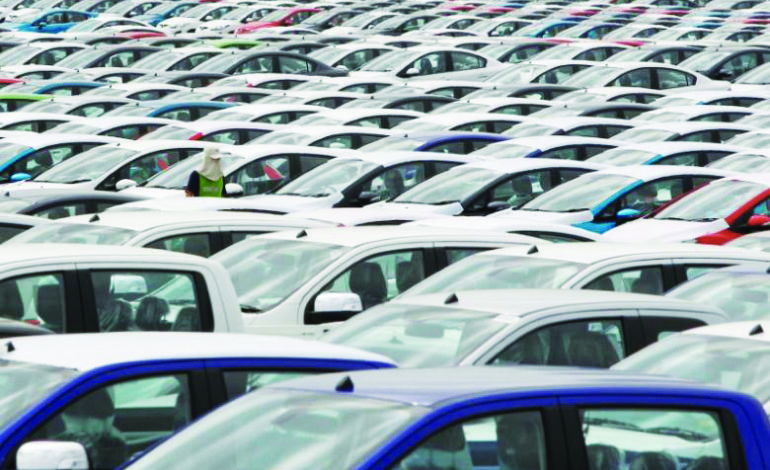 DEARBORN — Ford Motor Co plans to cut 1,400 salaried jobs in North America and Asia through voluntary early retirement and other financial incentives as the No. 2 U.S. automaker looks to boost its sagging stock price.

Ford shares fell as much as 2.5 percent in heavy trading Wednesday and were headed to their worst close since November 2012 as the broader markets tumbled over the political turmoil in Washington.

The buyout offers were a fraction of the 20,000 job cuts that some news outlets had reported Ford could announce this week.

Ford said the cuts would amount to about 10 percent of a group of 15,000 managers and other non-production workers and would reduce labor costs for that segment by 10 percent.

The company said a large group of salaried workers would not be covered by the planned cuts, including those in product development and in the Ford Credit unit. The cuts will not apply to Ford’s Europe or South America units.

About two-thirds of the buyout offers are in North America and the rest in Asia. Ford does not plan to cut hourly workers or production.

The automaker will offer financial incentives to encourage salaried employees to depart voluntarily by the end of September.

The voluntary incentives offers will go to about 9,600 of 30,000 U.S. salaried workers, the company said.